The company is showing great US results and losses from its Macau operations yet again, but the general sentiment is still positive.

Mostly the losses came from the company’s Macau operations, which scored a combined drop of $196.4 million – $106.1 million from Wynn Palace and the remaining $90.3 million from Wynn Macau. This is, again, when compared to 3Q2021. This loss was partially offset by Wynn’s Las Vegas and Encore Boston Harbor operations, which contributed with $68.4 million and $19.6 million, respectively.

Next is the net loss attributable to Wynn Resorts. It was sitting at $142.9 million for 3Q2022, which is a decrease of 14% from the comparable period in 2021 – it was $166.2 million then. The story is similar to the adjusted net loss attributable to Wynn Resorts, albeit to a lesser degree. It was cited at $135.4 million for the reported quarter – a decrease of around 4%.

Adjusted property EBITDA was reported at $173.5 million for Q3 2022. This is around a 12% increase compared to 3Q21’s $154.6 million. And, again, US businesses performed better, with a combined increase of $98.1 million. The total drop when compared to Q3 2021 was $75.8 million. However, this time Encore Boston Harbor was also on the list of operations with a decrease, $3.4 million coming from there, and the rest from the company’s Macau operations.

These are not the best financials a company could report during its earnings call, however, given the disparity between the company’s Macau operations and its US business, it could definitely be worse. So, the numbers tell a very optimistic story – if Macau recovers, the company’s operations there will be able to catch up to the rest of the business.

And, the company is doing everything that it can to facilitate that. It promptly submitted its re-tendering bid for a renewed concession in the special administrative region (SAR), and its Q3 results echoed the sentiment from the second quarter – US business soaring, Macau operations lagging heavily. This might be a negative trend for some but given that operators rarely have control over operating conditions outside the company, it at least brings predictability to the table.

Knowing that Macau’s recovery is the bottleneck at the moment also brings some comfort to investors, and the ones who can weather the storm do have a chance of being rewarded for it. That is, of course, if Macau manages to recover from the global pandemic any time soon.

In the meantime, the company has been pouring funds from its US business into the operation in Macau and giving out shares to compensate its employees for the reduction in pay, which resulted from the extremely severe operational conditions from earlier in the year.

Macau, to its credit, does seem to be making efforts to accelerate the process. Some changes were made in how operators who hold one of the new concessions should structure their business, and if the operational climate doesn’t worsen, there’s a very manageable gross gaming revenue target for 2023 – $16 billion. It’s the third time the SAR has set the same target and this is the very first when it actually seems attainable. 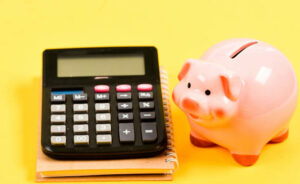 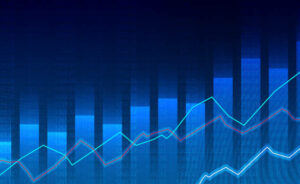