A 30-year-old woman from Wauwatosa was sentenced over an attack on a man that occurred in 2016 at Ho-Chunk casino. The lady entered a no-contest plea to charges for felony and aggravated battery.

A woman from Wauwatosa was found guilty over charges for felony and aggravated battery concerning an attack on a man that occurred at Ho-Chunk casino back in 2016. The 30-year-old Chia Chang entered a no-contest plea to the described charges. Initially, the charges included robbery as well, but the charge was dropped after an agreement of the Attorney’s Office at Sauk County District and Ms. Chang.

Ms. Chang was sentenced to three years of probation by Sauk County Circuit Court Judge Wendy J. N. Klicko. As a part of the sentence, the lady must pay $200 restitution and she is also prohibited to contact the man which she attacked and injured. Furthermore, Ms. Chang is banned from all gambling establishments and must also go through alcohol and drug treatments.

The Night of the Incident

The attack for which Ms. Chang was sentenced occurred in September 2016. Back then, the local authorities were contacted by a 61-year-old man from Minnesota. The man had injuries to his arm and left eye. Upon questioning, the male revealed that while he was sitting at a blackjack table at Ho-Chunk casino near Baraboo and Wisconsin Dells he was approached by a woman in her 20s.

The woman asked the man to borrow her some money so that she can go back home to Milwaukee. The male refused to give her any money but did notice that the woman was sleepy and offered the lady to stay in his hotel room for the night. Speaking to the police, the male said that he didn’t expect sex from the lady nor assumed that she was a sex worker.

In the middle of the night, the man woke up to see the lady ransack his personal belongings. After that, the man said that he was attacked by the lady with a coat hanger but during the brawl, she also scratched him and bit him. The man was able to force the lady out of his room and contact the police.

Upon the investigation of a detective from the Sauk County Sheriff’s Office, Ms. Chang was identified and related to the Ho-Chunk attack as well as another case involving a forgery attempt at a Wells Fargo bank branch. Speaking with the police, the lady admitted that she sometimes experiences blackouts and that she doesn’t remember.

Menominee Tribe to Open a New Casino with Hard Rock

The Menominee Indian Tribe, a tribal nation from Wisconsin, will revive an old casino project. The tribe plans to team up with Hard Rock International and open a new casino in Kenosha, a city in Wisconsin.  The Menominee Tribe may be one of the biggest tribes in the country but, sadly, it is also one […] 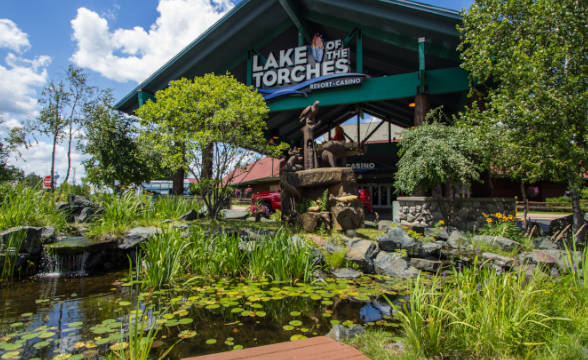 Earlier this year, Table Trac made Wisconsin the seventh state in which the company was licensed to provide gaming solutions. This week, the company which specializes in the creation and sale of technical infrastructure and management systems for land-based casinos has sealed a deal with the Lake of the Torches Casino Resort in Lac Du […] 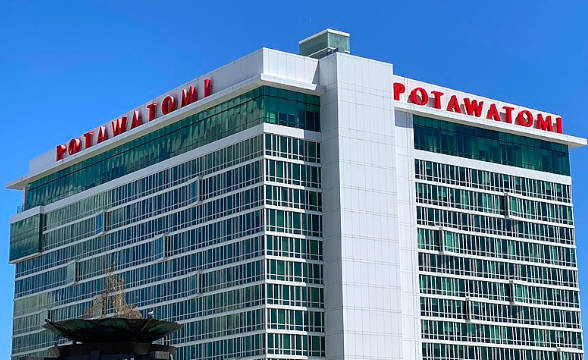 Potawatomi Hotel & Casino in Milwaukee, Wisconsin, announced Monday a new renovation project would see $100 million invested into the casino’s third floor to usher in a new era of entertainment in the city. New High-Limit Room The casino property operated by the Forest County Potawatomi will renovate more than 120,000 square feet of space […]

The Milwaukee Brewers announced a new multi-year sponsorship deal with one of the largest Midwest entertainment destinations, the Potawatomi Hotel and Casino. MLB’s Brewers, Potawatomi Casino Ink New Partnership Revealed last week, the new partnership builds upon an existing collaboration between the Major League Baseball (MLB) franchise and the casino. In fact, the two have […]

Wisconsin sports bettors may soon have yet another alternative as a third Indian tribe prepares to launch its offerings. This is thanks to Governor Tony Evers who signed a gaming compact amendment that will allow the Forest County Potawatomi to launch their own sports betting business. Potawatomi Sports Betting on the Way Evers explained that […]

Last Friday, three Mississippi women faced a judge on charges of wire fraud and aggravated theft of identity. On September 8, a federal grand jury in Jackson indicted Crystal Holliday, 33, Annie J. Blalock 62 and Ashton Crouthers, 33, all of Union, MS, with a scheme to use wire fraud and identity theft in order […]

Now, legal sports bets can be placed on the Green Bay Packers and Milwaukee Brewers by residents of Wisconsin. Tuesday saw the Oneida Nation open its sportsbook in its main casino near Green Bay Austin Straubel International Airport in the city of Ashwaubenon. It’s the first Wisconsin location where legal wagering is allowed on professional […]

Wisconsin Could See Its First Sportsbook This November

Wisconsin is about to add its name to the growing list of states that have their legal sports betting markets up and running. The launch of the activity hinges on the successful approval of gaming compacts between the state and its 11 Native Indian tribes, and the Oneida Nation has crossed the finish line. Should […]

Menominee Casino Resort in Wisconsin Taken Down by Cyberintruders

A casino outside Kenosha, Wisconsin is still busy assessing the damage after hackers reportedly broke into its system. The Menominee Casino Resort became the latest target of cyberintruders when it was targeted last Thursday, but the property didn’t announce the issue until this past Monday. While the resort doesn’t believe customer data may have been […]

A shooting in Wisconsin at the Oneida Casino took two victims and the attacker who may have had a connection with the casino. Man Shot Dead After Claiming Two Lives at Oneida Casino A lone gunman in a Wisconsin opened fire at a casino property in the state on Saturday, killing two people and ending […]