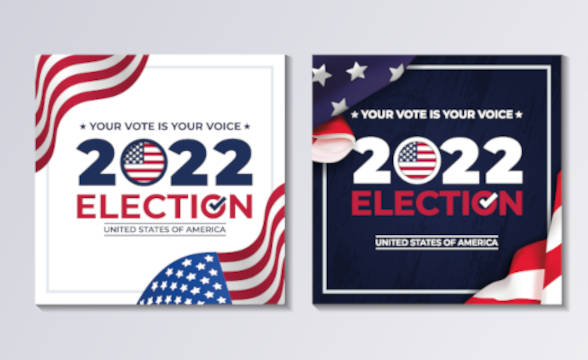 Gambling on the US elections could be made possible through a decision of the US derivatives market regulator Commodity Futures Trading Commission (CFTC), which could allow Kalshi, an events outcome trade app operator, to offer contracts on which US party will win the next US elections.

Kalshi proposes Event Outcome Contracts on the US Elections

Politico reported that Kalshi, which is a trading app that offers exchange contracts on event outcomes, has made a proposal to offer its customers’ event contracts that pose the question of whether the Republicans or the Democrats will dominate the US congress after the next elections in the country. The proposed contract will allow bettors to put up to $25,000 on the US election results.

The exchange app operator is very versatile in its products and offers its customers anything from wagers on climate change to cosmic advances such as landings on other planets.

However, it is quite unlikely that the CFTC is going to allow event outcome contracts on the US elections as in the past it has discarded such bids. For example, back in 2012 the North American Derivatives Exchange (Nadex) also made a similar proposal to that by Kalshi and the commission rejected it as it said the event outcome trading was in effect gambling on the election results, which could influence the actual outcome to the detriment of US residents and society.

One of the CFTC’s previous commissioners, Jill Sommers, highlighted that it is a question of the integrity of the elections and that the sale of such assets could make US citizens question that integrity.

On the other hand, Kalshi is already registered with the CFTC as a contract exchange market and claims that it offers such products that will be transparent, secure, and performed under strict control.

Americans Have Always Made Bets on the Outcomes of the Elections

Seen from a historical perspective, bets have always been made in some form or another on the results of the US elections. In most cases, it has been through an illegal black market.

It is estimated that at the beginning of the 20th century when Woodrow Wilson was elected as president, people wagered the equivalent of somewhere around $276 million in the current denomination.

Even in recent times, the CFTC was forced to fight such illegitimate wagers. In 2012, the commission started legal proceedings against Intrade, which was an Irish predictions exchange, as it turned out it had been offering options in relation to US elections to US customers in contradiction to a prohibition from the CFTC on such products.