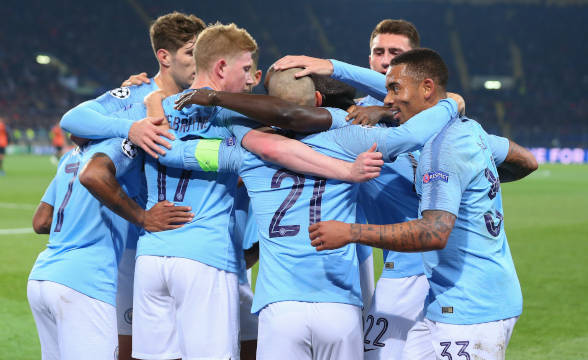 On Wednesday, September 14, Erling Haaland is playing against a team that made him. Manchester City’s new attacking sensation is going to face his old teammates from Borussia Dortmund in a game of the Matchday 2 of the 2022-23 Champions League.

They did come very close to winning it in the 2020-21 season, but Thomas Tuchel’s Chelsea beat them in the final, even though Man City was the betting favorite. In fact, Man City has been the Champions League favorite in each of the past four seasons.

Bookies once again favor Pep’s boys to win the Champions League. Not only do they have the desire to win Europe’s fiercest soccer competition, but the Citizens also seem to have the manpower to pull it off. Their team looks strong in literally all areas, with their offense being their strongest weapon now that Erling Haaland is their no.9.

Erling Haaland is one of the best strikers in the world today, even though he’s only 22. Even though he did get the headlines during his days at Bryne and Molde in Norway, as well as while playing for Red Bull Salzburg, Haaland’s career really took off when he moved to Borussia Dortmund in 2020.

That’s where he spent two and a half seasons, which saw him score 62 Bundesliga goals in 67 games. During his Dortmund days, he also scored 15 goals in 13 Champions League games.

He was Dortmund’s key man, and his departure left a huge gap in this team’s attacking department. Sebastien Haller was brought as his replacement, but the former Ajax player was diagnosed with testicular cancer before the start of the 2022-23 season. With him out of the squad, Dortmund signed 34-year-old Anthony Modeste, but he hasn’t done much since his arrival. So far, the forward has only one goal to his name.

Manchester City blew out Sevilla in the first round of the 2022-23 Champions League. It was an away game, while in Matchday 2, they’re coming to Etihad Stadium in Manchester. That is the place where Pep Guardiola’s men have all wins since April, scoring two or more goals in every single game.

Will the US Be Opening Up to Event Outcome Trades on the Upcoming Elections?