The new National Football League season is already underway and delivering some of the best football action yet. It is, therefore, hardly surprising that sports betting geolocation checks soared during the opening NFL weekend.

According to geolocation services expert GeoComply, geolocation volumes for the weekend sat at a whopping 103.1 million. This represents a 71.5% year-on-year increase and attests to the growth of the legal gambling industry. The data covers the first four days of the league’s new season which started on September 8.

These favorable results were boosted by the legalization of sports betting in several new states. After last year’s NFL, Arkansas, Connecticut, Kansas, Louisiana and New York all launched their own sports betting markets, which helped the vertical grow. Right now, half of the US allows adults to place wagers on sports with New York as the leading market in terms of total transactions.

Other notable states are Pennsylvania, where, according to GeoComply, geolocation checks were up 29.7% on last year’s results. The geolocation company noted that it recorded a total of 15.3 million checks in the Keystone State. Meanwhile, Illinois’ geolocations skyrocketed from 5 million to 8 million, which represents a 60% increase. This number was boosted by the state’s decision to allow players to register online.

Our data indicates 71.5 percent growth from this same period last year. Clearly an unbelievable start to the NFL season. The growth of legal betting suggests that Americans are ditching offshore sportsbooks for regulated options in their home states.

She noted that this is a great development for the sports betting industry in the United States. Channeling people towards legal brands will both improve customer protection and will improve tax revenues in states where sports betting is permitted.

GeoComply has worked hand in glove with our customers over the offseason to ensure a seamless and, most importantly, safe start to the NFL season. Whether it’s confirming location, verifying identities or detecting and thwarting possible fraud, our technology solutions are leading the way to support the regulated online gaming environment,” concluded Sainsbury.

GeoComply is the leading geolocation provider in the United States. The company’s solutions are used by almost all major operators in the country. Thanks to that, GeoComply’s statistics provide a very close approximation of the state of the legal sports betting industry in the US.

Previous Article
Sports September 12, 2022
Will the US Be Opening Up to Event Outcome Trades on the Upcoming Elections? 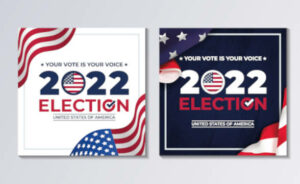 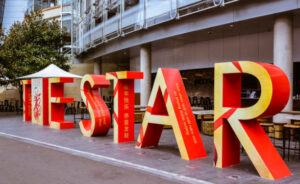