This week, the Victoria Commission for Gambling and Liquor Regulation (VCGLR) tabled its annual report in the state parliament, showing it did not attempt to contact employees of Crown Resorts who were arrested in China, until after one of them appeared on TV two years into the regulator’s investigation.

More Criticism for the Watchdog Likely

The watchdog’s investigation which has been underway since 2017 and barely achieved any progress and is still incomplete would raise further criticism for the regulator and its ineptitude to deal with the casino operator, some going even further to claim VCGLR are worse than useless and captured by Crown.

The VCGLR is responsible for the oversight of Crown casino in Melbourne, the biggest establishment of the operator, for which the ongoing investigation by the gaming regulator in New South Wales (NSW), the Independent Liquor and Gaming Authority (ILGA), revealed was in close relations to Suncity, a junket operator with links to Chinese organized crime.

19 employees of Crown Resorts based in China were arrested in October 2016 on allegations of promoting gambling in breach of local law, and 16 of them spent between 9 and 10 months in jail, but VCGLR staff did attempted to interview anyone of them until after the case was aired by Nine Entertainment in 2019, and Jenny Jiang, a Crown employee, featured in the broadcasting.

The VCGLR report further stated that its investigation was stalled by Crown’s initial refusal to release a large number of documents relating to the case, citing legal professional privilege. VCGLR requested to assess whether the information published in the reports regarding Crown’s links to organized crime were related to the case of staff imprisonment.

It was only this year when Crown agreed to release the documents, and the investigation is still ongoing due to the large volume of the new material. In addition, VCGLR sought other lines of collecting additional relevant information and evidence to conclude its investigation, including close contact with AUSTRAC, to tighten the casino’s AML practices.

The annual report of the gambling regulator also revealed its own failings in terms of meeting recommendations made by the Victorian auditor general’s office.  Out of 17 recommendations which were issued 3 years ago and reinforced in a follow-up report last year, VCGLR still fails to implement 5, among which the requirement to improve the supervision of the casino “by defining key risks regarding casino operations and linking regulatory work performed by VCGLR and other co-regulators to mitigate such risks”. 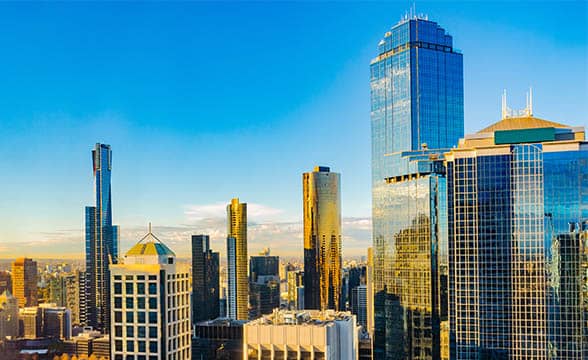 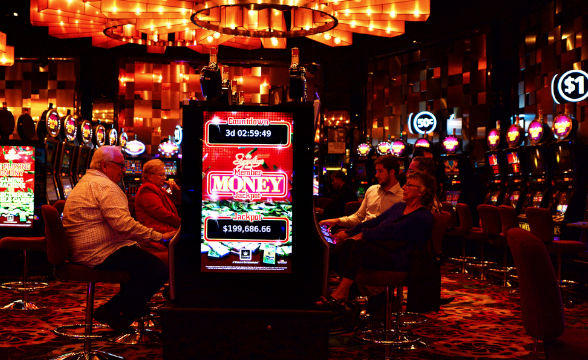 Victoria’s new gambling regulator has its first chairperson, who was appointed by the Victorian government. Fran Thorn, the former Department of Health Secretary, has been tasked with creating and leading the Victorian Gambling and Casino Control Commission (VGCCC). Once she takes office in January 2022, her term will last three years. VGCCC Replaces VCGLR as […]

Troubles do not seem to end for Australian casino operator Crown Resorts as Victoria royal commission’s inquiry into its sole license was presented with disturbing facts about the casino’s practices related to its responsible gambling obligations. Long Hours Play Practice The Wednesday hearing at the commission led by former Federal Court judge Ray Finkelstein, QC […]

An increase in pokie losses generated in January suggests not just a pent-up demand for gambling but rather organized crime groups laundering tainted money, experts warn. Pokie Losses in Victoria Surge by $15m in January  Pokies took a hit for a while in 2020, but as of January, they are back at pre-pandemic levels, with Victoria’s […]

An encounter in the French Caribbean further fueled speculation Crown Resorts’ major shareholder James Packer is looking for the way out of the company, seeking to cash in on his 36% stake in the casino and hospitality operator. Multi-Million Yachts Docked Beside Each Other James Packer celebrated New Year’s Eve on board of his $200 […]

Crown Resorts is desperately seeking to improve its compliance ahead of an urgent review of its casino license in Victoria by the state government. The casino operator announced new requirements related to transfers of money to its properties in Melbourne and Perth. Money Transfers Only from Personal Bank Accounts According to the new measure aimed […]

Crown Resorts was allowed to open its new AU$2.2 billion casino resort in Barangaroo near Sydney, albeit for its non-gaming operations, after the gaming regulator in New South Wales (NSW) issued an interim liquor license for the property. The Independent Liquor and Gaming Authority (ILGA) granted a license for the Crown Sydney hotel, bars and […]

Australian financial crime watchdog AUSTRAC uncovered a number of criminal activities related to casino junket operators which are being targeted by organized crime and foreign spies to facilitate dirty cash flows through the casinos, as well as make political donations. “Some junket tour operations have been exploited, and in some instances infiltrated, by serious and […]

Crown is desperate to salvage the opening of its AU$2.2 billion casino in Barangaroo near Sydney after the New South Wales (NSW) regulator asked the operator to delay the casino opening until the final inquiry report is submitted. Working Test to Save the Day In a last ditch attempt, Crown proposed to open the casino […]

Australia’s largest and most prestigious poker event, Australian Poker Millions, has postponed the 2021 edition indefinitely until the covid-19 pandemic has been handled. This follows a series of cancellations of other important poker events in the country this year. 2021 Aussie Poker Millions Scrapped Until Further Notice The Australian poker community has taken another blow […]

The New South Wales (NSW) inquiry into Crown’s suitability to hold a casino license is getting into its final stages and a counsel for Crown told the inquiry executives at the company acted “with bona fides and honesty” when assessing the risk for its employees in China in 2016. Final Submissions Crown is making its […]