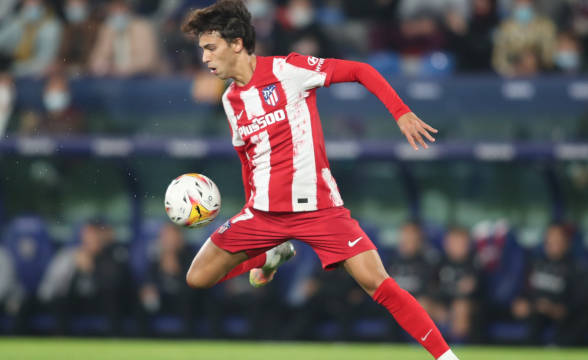 The final game of Round 3 of the 2022-23 Spanish La Liga is Valencia vs Atletico Madrid. Both teams have three points right now, with a 1-0-1 (W-D-L) record each. Neither can be too proud of their performances since the start of the season, but we’re still in the early stages.

The reason why we think Valencia vs Atletico Madrid is going to be an entertaining game is not just that both teams want to improve their standings, it’s also because they share a very long history. Both have been regulars in the top Spanish flight for decades, but it’s Atletico Madrid that’s been more successful in the last couple of years. In fact, Valencia is without a single win over Atleti in their previous 15 duels.

Is it time for Valencia to change that?

Last season, Valencia scored 48 goals, which made them the eighth-most productive team in La Liga. Eleven of those goals were scored by Portuguese striker Gonçalo Guedes, who’s moved to Wolverhampton Wanderers since.

They signed Samu Castillejo from AC Milan to fill the gap left by Guedes, but the 27-year-old is still without a goal to his name. Actually, there’s just one Valencia player who’s scored a goal this season. It’s Carlos Soler who did it from the penalty spot in the first-round match against Girona.

Valencia won that game, but then lost 1-0 to Athletic Bilbao in the second round. They were the dominant side in that match, but their forwards just weren’t precise enough – none of Valencia’s 10 goal attempts actually went toward the opposition net.

Atletico Madrid is a team that’s famous for its great defense. However, some of their key defenders have been struggling with fitness over the last couple of weeks. Atletico’s best defender – and perhaps one of the best center-backs on the planet – Jose Maria Gimenez had to miss the season opener against Getafe due to tonsillitis.

Plus, Mario Hermoso was also struggling with fitness, which is why coach Diego Simeone decided to put defensive midfielder Axel Witsel in the center-back role against Getafe. That didn’t affect their team, as Atleti went on to win 3-0. However, in their second game of the season, it was a different story – Atleti lost to Villarreal 2-0.

Another center-back, Stefan Savic, got injured in that game, which is why Gimenez had to get onto the pitch in the 76th minute despite not being 100% fit. Gimenez should be fit for the clash with Valencia, but the same cannot be said for Savic. Further, Atleti will also miss wingback Nahuel Molina who’s suspended after getting a red card in the stoppage time of the previous game.

We don’t think Valencia will end its winless run in head-to-head games with Atletic. In fact, we think they’re going to lose on Monday. It’s because Atletico Madrid is just the sort of team that Valencia players struggle with.

Atleti are great at the back, while Valencia players are having problems with finding the net. That said, we see this game going in Atletico’s favor, but probably without too many goals scored. In fact, a 1-0 win for the visitors seems like the most likely result.