The horse racing industry in the US had its best year in over a decade in terms of total handle. Equibase released the numbers on Wednesday and they state that the total horse racing handle in 2021 exceeded $12 billion. This is the first time in the last 12 years where the country managed to reach this high of a number. The news comes off the heels of Sky Racing World’s success in merging US and Argentinian wagering pools.

National Thoroughbred Racing Association CEO and president, Tom Rooney, released a statement on Wednesday in which he said that the year has been concluded with a massive increase of total handle, the biggest one since 2009. He also added that prize purses rose by more than $300 million and reached $1.18 billion, which is a 35.8% increase compared to 2020. Finally, he thanked customers for their massive support as they were the main factor that fueled the industry.

Changes Are Set to Take Place in 2022

In his statement released on Wednesday, Rooney took a second to share his vision for 2022 by saying that NTRA is looking forward to the new Thoroughbred racing era which will begin with the Horseracing Integrity and Safety Act’s launch.

The reason why this federal law is so important is that it nationalizes safety and drug standards, which come as a result of the ongoing headlines that racing makes concerning the deaths of horses as well as horsemen that are charged with doping.

Some have expressed their concerns on how effective the new law will be. One of the organizations that have done exactly that is USADA, the anti-doping agency that was close to making an agreement with the Horseracing Integrity and Safety Authority to implement its drug testing services.

Travis T. Tygart, the CEO of USADA, stated that the agency tried to reach an agreement and even though it is uncertain of the future of the company in the sport, it remains open to assist the Authority in making sure that the sport is safe and fair. 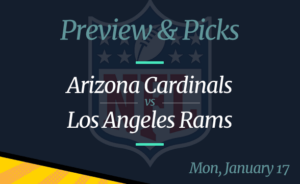