The fight for Britain’s National Lottery license continues as competitors persistently dispute Allwyn’s victory. The UKGC plans to ask the court to speed up the process but some fear this will have negative consequences.

The UKGC Wants to Waste no More Time

Allwyn, formerly Sazka, is a Czech company that dethroned Camelot as the operator chosen to run the National Lottery. Camelot and other companies were unhappy and filed a lawsuit, claiming that the Commission is biased.

Because of the dispute, the UKGC is trying to get the licensing done with and appealed to the court. Currently, the legal processes activated by Allwyn’s competitors prevent the Commission from finalizing the license award. The UKGC asked the court to speed things up and allow it to finish the licensing of Allwyn as the National Lottery operator.

The UKGC believes it has run a fair commission and is sure that its decision is the right one and that Allwyn deserves the license. Some people are skeptical of the Czech company but the Commission is sure that Allwyn is a suitable successor to Camelot.

In the light of the present situation, UKGC had to use charity money for the lawsuits. The Commission insists that the prolonged legal battle will hurt the good causes by depriving them of funding. The regulator warned that any delays to the implementation of the license will cause good causes money to be lost.

Rushing Things Is Just as Dangerous

Analysts, however, claim that the UKGC’s forceful approach can make matters even worse. Critics insist that Camelot will continue its lawsuit even after the license has been awarded.

According to specialists, even if the UKGC successfully crowns Allwyn as the next lottery operator, Camelot will continue its lawsuit. This scenario will make it impossible for the license to go back to Camelot, so the company will instead claim damages. This may cost the UKGC as much as $989 million – money that would otherwise fund good causes. Additionally, Camelot will likely seek compensation for the 2024-2034 frame it would have spent as the National Lottery operator.

The analysts advised the Commission to be careful and not gamble the good causes money away. They believe that the best-case scenario would be extending Camelot’s license for six more months until October’s trial is through. Dianne Thompson, ex-CEO of Camelot, reinforced this by saying that nothing good will come out of the Commission’s unnecessary haste.

Thompson also added that the legal battle could cost the UKGC as much as $1.2 billion. She also added that it is crucial to reach an agreement in order to have a smooth transition of power between Camelot and Allwyn. 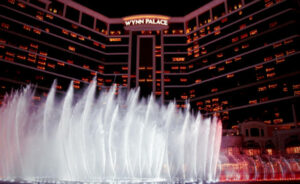 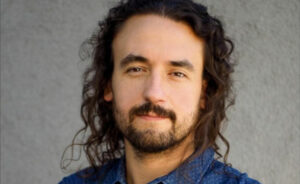