The gambling regulator in the UK, the Gambling Commission, announced it imposed a fine and a warning against Aspire Global over breaches related to anti-money laundering (AML) regulations.

On Wednesday, the gambling watchdog revealed it imposed a financial penalty against AG Communications, trading as Aspire Global. The company currently operates 66 websites. Upon investigating, the regulator uncovered AML failures. Consequently, the Gambling Commission imposed a £237,600 ($285,050) financial penalty against the operator. Besides the fine, the gambling regulator issued an official warning against the operator. In addition, the Commission said that the operator will face conditions added to its license.

The deficiencies described by the Commission relate to partnerships inked by Aspire Global. The GC noted that the operator failed to demonstrate it conducted relevant due diligence checks with six third-party businesses it joined forces with through white-label partnerships. Additional details released by the Commission point out that the licensee breached “Paragraphs 1 and 2 of license condition (LC) 12.1.1: Anti-money laundering – Prevention of money laundering and terrorist financing.”

“Gambling operator AG Communications will pay a £237,600 penalty for anti-money laundering (AML) failures. The operator – which trades as Aspire Global and runs 66 websites – will also receive an official warning and have conditions added to its license.“

The GC Continues to Monitor the UK Market

The UKGC’s latest announcement comes after last month, the watchdog issued a fine against the gaming operator NSUS Limited. Similar to the most recent fine, the Commission uncovered multiple anti-money laundering breaches. What’s more, NSUS Limited breached social responsibility rules. The aforementioned breaches resulted in a warning, as well as a £672,829 ($744.169) fine.

More recently, the Gambling Commission suspended the operation of the online gambling operator LEBOM Limited earlier this month over its failure to fully integrate the safer gambling self-exclusion scheme GAMSTOP. At the time, the watchdog deemed this unacceptable which is why such a tough penalty was imposed. Only a few days after imposing the suspension, the Commission lifted it on November 8. Still, the regulator reminded that all gambling operators need to adhere to the rules and integrate the self-exclusion scheme GAMSTOP to safeguard the well-being of the consumers.

Earlier this week, the regulator also unveiled its latest report on the impact of the current environment on gambling behavior. According to the latest data, the online total gross gambling yield for the second financial quarter 2022-2023, decreased by 4% to £1.2 billion ($1.44 billion). 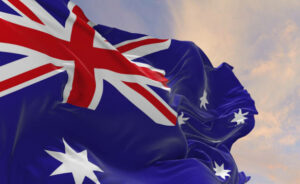 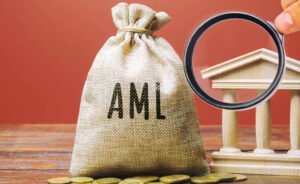