At the end of a review of the operating license undertaken against gaming operator NSUS Limited, the UK Gambling Commission (UKGC) discovered a series of anti-money laundering (AML) and social responsibility regulation breaches and failures. Accordingly, the operator that is currently trading under the GGPoker.co.uk brand was issued a financial penalty and received a warning from the UKGC.

This is just one of the latest actions that the commission has taken against a gaming operator in recent times. Last month, Betfred’s parent company Petfre Limited was fined £2.8 million ($3.09 million) for similar AML and social responsibility shortcomings. Leading provider of first-class entertainment across a plethora of verticals Betway also received a similar £400,000 ($464,000) fine for marketing on children’s web pages.

GGPoker, which recently disclosed additional details about the qualifier event called Road to WSOP Europe that will host elite poker players just before the World Series of Poker Europe 2022 Main Event, apparently breached a series of AML and social responsibility codes in its license agreement. Accordingly, it received a £672,829 ($744.169) financial penalty under section 121 of the Gambling Act.

The list of breaches refers to the first three paragraphs of license condition 12.1.1 regarding the prevention of money laundering and terrorist financing, license condition 12.1.2. regarding the measures that operators based in foreign jurisdictions need to comply with, as well as the social responsibility code of practice 3.4.1. The latter regards customer interaction, an area where GGPoker was supposed to clearly identify or interact with vulnerable players at risk of dealing with gambling harms but failed to do so. Plus, the operator also issued a series of marketing emails to 125 of its customers that had opted for self-exclusion on the poker platform.

As for the AML breaches, the commissioner revealed that GGPoker did not conduct the necessary risk assessments of those particular business areas in danger of being used for money laundering and the financing of terrorism. At the same time, the operator failed to use the correct procedures, policies and controls needed to accurately mitigate the said risks.

The UKGC Also Imposed a Warning

Following the UKGC Licensing, compliance, and enforcement policy statement, as well as the Statement of principles used to establish financial penalties and the Indicative sanctions guidance, the regulator has decided to issue a warning to NSUS Limited under section 117 (1) (a) part of the Gambling Act 2005. The operator cooperated with the UKGC Commission during the official investigation.

The measures taken by the regulator are aimed at encouraging all operators to take a closer look at their activity and make improvements that prove they are actively compliant with all standards and regulations. 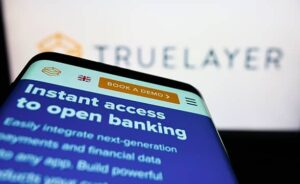 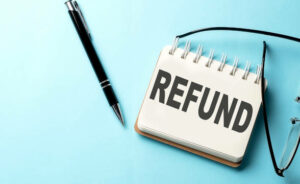