The Star does not seem to catch a break as AUTRAC, Australia’s financial crimes authority, has launched civil penalty proceedings against the Group and its entities. The proceedings were brought up with a federal court and they are targeting Star Entertainment Group and its subsidiaries, The Star Pty Limited and The Star Entertainment QLD Limited.

The proceedings seek to bring the company to account for what the regulator sees as systemic failures to comply with counter-terrorism financing and anti-money laundering laws in the country. This is the latest move against the company that originated from the investigation against Star dating back to June 2021, and which now covers several states.

AUSTRAC has posted a detailed list of all the failures that it wants to hold Star Entertainment Group for accountable, including the lack of a transaction monitoring program to identify suspicious activity, no appropriate enhanced customer due diligence program, lack of AML/CTF programs with appropriate risk-based systems and controls, and more.

AUSTRAC similarly alleges that Star allowed customers to resort to payment options that further obfuscated their source and made it harder for authorities to verify the source of said funds, increasing the risk of that money being laundered or used for nefarious activities.

The regulator similarly alleged that Star did not bring up sufficient concerns about some of its higher-risk customers and chose to maintain a relationship with them. AUSTRAC CEO Nicole Rose issued an update on why the proceedings were launched and what needed to happen moving forward. Rose said:

Criminals will always seek to exploit the financial system to launder their money and harm the community. Businesses, as the front line of defense of our financial system and our communities, are often the first to be alerted to criminal activity.

The executive added that there were multiple issues with the Star entities which failed to carry out the appropriate customer due diligence and ended up operating non-compliantly for years. Star managing director and CEO Robbie Cooke assured that the company has taken steps to completely change its culture and improve its governance structure and processes that would guarantee that it is fully compliant with AUSTRAC and other regulatory expectations.

“Our goal is to earn back the trust and confidence of AUSTRAC and all our regulators. We will continue to work with AUSTRAC as we build a better, stronger, and more sustainable company,” Cooke concluded. Star is parallelly facing trouble in New South Wales and Queensland where the company has been found unsuitable to hold licenses.

However, it’s unlikely that Star Entertainment will lose its operational capacity or rights, as it would most likely follow a path like Crown Resorts and be put under a special monitoring regime. Upon its completion, regulators would decide whether Star can return to normalcy. 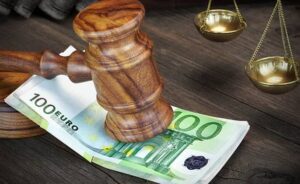 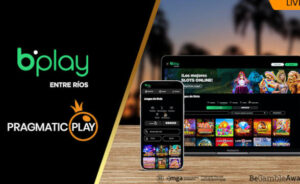 Legal November 30, 2022
Pragmatic Play Doubles Down on Argentina with Bplay