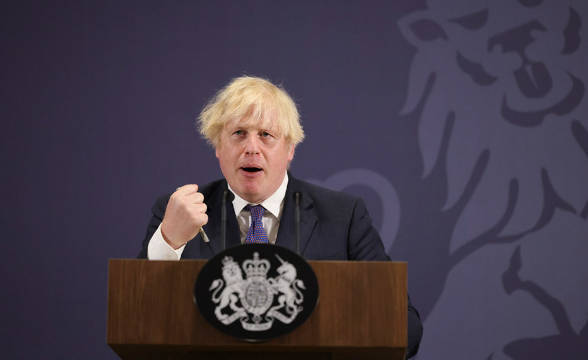 Alex Norris currently serves as an MP for Nottingham North. He has been MP continuously since June 2017. Since December last year, he assumed the role of a shadow Minister of Levelling Up. Judging by filings with the Register of Interests for MPs and Lords of the UK parliament, Norris has received more than £2,500 ($3,018) in the form of gifts from the gambling industry in the UK.

Shadow Minister of Levelling Up Receives Gifts from the Gambling Industry

Overall, Norris received four contributions from the gambling industry in the last year. Three were received while he was a backbencher, while one was received while was in his role as shadow Levelling Up Minister. Last year in June, Norris received a gift from Gamesys Group PLC. The gift was in the form of a ticket and hospitality for a match between England and the Czech Republic at Wembley Stadium during Euro 2020. The value of the gift was £1,537.60 ($1,856).

Just before that, in May 2021, Norris received a gift from the Betting and Gaming Council (BGC), in the form of a meal valued at £102.50 ($123). The gift was registered in November 2021 by Norris along with another BGC gift of two football tickets for a match between Nottingham Forest and Blackpool. The value of the football tickets which were received in October 2021 was £334.50 ($403).

On the other hand, as shadow Levelling Up Minister, Norris received a gift from Hestview Ltd, a gaming and betting online provider that includes Sky Betting & Gaming. The gift was received and registered last month and was valued at £700 ($845) which included two tickets and hospitality for a match between Nottingham Forest and Huddersfield.

Since 2020, the Gambling Industry Supported MPs with More than $270K

In total, the gifts received by the shadow Levelling Up Minister in the last year were £2,674.60 ($3,230). Considering that the gifts, hospitality and benefits from the gaming industry were registered, Norris didn’t breach any rules and regulations. While Norris received gifts from the gambling industry, this was not the case for Michael Gove, the government’s minister for Levelling Up. Currently, Gove hasn’t received any gifts or hospitality from the industry.

With that in mind, MPs receiving gifts and benefits from the iGaming industry isn’t something new. According to a whitepaper released last year in November, some £225,000 ($271,740) were paid by the gambling industry in the form of gifts and wages to 28 MPs since August 2020.