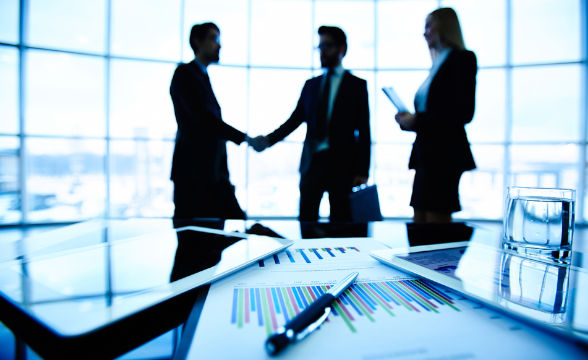 Tekkorp Capital, a leading investor in the global gambling sector, has formed a new branch that will advise its clients on making successful strategies, deals, and acquisitions. The firm has assembled a strong team of specialists to lead this advisory business.

Tekkorp’s advisory offerings will teach gambling companies the intricacies of making it in the global betting industry. The advice will cover the most important aspects of the sports betting, iGaming, and Web 3.0 sectors, helping companies to scale up their varied verticals.

The investment firm has begun assembling an impressive lineup of professionals who will assist the advisory business. One of the most notable names on the list of Tekkorp’s new partners is Crispin Nieboer, an experienced gambling industry veteran who has previously served as the CEO of William Hill’s online division and is the founder of Gaming Media Group. He joined Tekkorp a few months ago and is one of the company’s strongest assets.

Nieboer is joined by Andy Clerkson, a distinguished media and sports specialist, currently working as one of Tekkorp’s partners. Similar to Nieboer, Clerkson has experience with the foundation of gaming firms and is the name behind Grand Parade, a gambling technology company he founded in 2007. Clerkson is also the founder of two other gambling-related brands, namely the marketing and media company Middle Fridays and the PR provider Red Knot Communications.

The new advisory arm will be coordinated by Robin Chhabra, the president of Tekkorp Capital. As a long-time veteran in the world of gambling, he has participated in some of the most important agreements made in the past decade. A former chief corporate development officer at The Stars Group, Chhabra had a key role in the $4.7 billion deal for acquiring Sky Betting and Gaming. He participated in The Stars Group’s merge deal with Flutter Entertainment and has major M&A field experience.

Nieboer said that he feels excited to work with such an impressive team. He pointed out that the members of the advisory arm have collectively participated in $24 billion worth of deals and that everyone has significant experience with the sector:

“All of us have held CEO, MD or CFO roles at major digital operators, as well as having distinguished M&A backgrounds. This knowledge of what works from an operator standpoint in M&A is the real key difference between Tekkorp Capital and other advisory firms in our industry.”

Matt Davey, the founder and chief executive officer of Tekkorp Capital added that the advisory arm was founded on client request. He shared that numerous Tekkorp partners have requested such services, which is why the company is happy to oblige. Davey explained that he selected the best of the best when forming the advisory team:

“We have now assembled a team with an unrivaled blend of M&A and operational leadership experience to ensure we can provide the best possible guidance on a range of complex issues facing executives in the sector today.”

Tekkorp’s partners can expect crucial guidance that will help their business differentiate themselves on the market. The investment firm is committed to growing the industry by nurturing brands and supporting the regulated market.

XLMedia's CEO Resigns, the Company Will Search for a Replacement