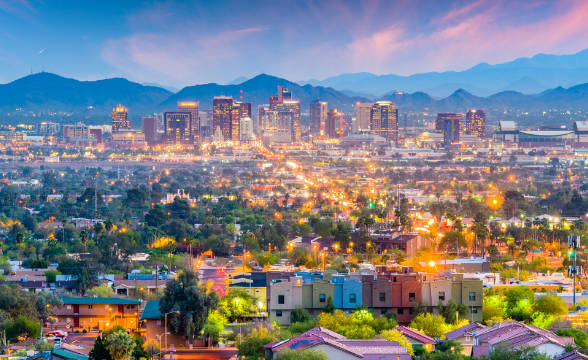 Sportsbooks in Arizona have seen a new record after sports fans wagered more than half a billion dollars in January, according to a new report.

It was back in September last year when Arizona launched its sports betting market. After a few months of operation, sportsbooks have seen a gradual increase in betting handle. However, they couldn’t reach the goal of $500 million in betting handle in a single month. With that in mind, operators in Arizona came close to the $500 million betting handle mark back in December, but the revenue back then halted at $494.5 million.

Now a new report released by the Arizona Department of Gaming (ADG), reveals that sportsbooks in the state have seen a strong start of the year. In fact, in January 2022, operators accepted more than $560 million in wagers. This marked the first time sportsbooks in Arizona have seen wagers surpass the half-a-billion dollar mark.

Overall, the wagers in January hit $563,694,591. From that total, the winnings paid to the players were $521,804,390. Deducting the winnings paid to players left the licensed operators in Arizona with $40.5 million for January. However, from that total, operators gave away $20.9 million in free bets and promotional credits. This means that their final win was $19.6 million. In Arizona, mobile sportsbooks pay 10% tax on their winnings, while retail sportsbooks are subject to 8% tax. In other words, in January, the state collected $1.9 million in taxes.

“With over half a billion dollars wagered in January, it is clear that Arizona has become a top ten event wagering market nationally.”

Ted Vogt, director at the Arizona Department of Gaming

ADG’s director, Ted Vogt, commented on the topic by saying that the state positioned itself as one of the top 10 markets nationally. Moreover, he thanked the “Arizona Department of Gaming Staff and event wagering and fantasy sports stakeholders, whose work has contributed to the strong start in the state.“

DraftKings, FanDuel and BetMGM Are Leaders in Arizona

A breakdown of the $563.7 million in wagers shows that DraftKings was an unquestionable leader in January. The sportsbook collected $173 million in mobile wagers and paid out $161.2 million to players.

BetMGM is the operator that has seen the third-highest mobile wagering handle in January. The sportsbook reported $120 million in mobile wagers, resulting in $109 million in payouts for players.