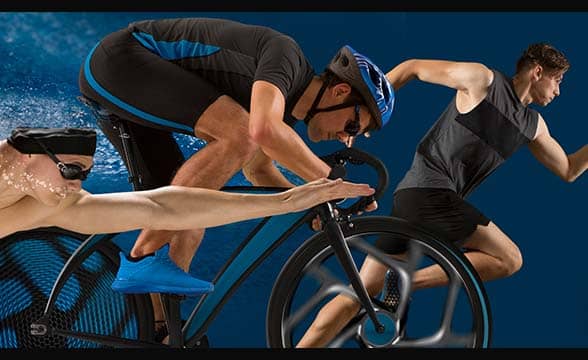 Super League Triathlon (SLT), an organizer of high-paced sports events, has inked a streaming partnership with DAZN, a digital leader in sports media. This will allow DAZN to broadcast all SLT events for the next year and a half.

Super League Triathlon hosts some of the world’s most competitive events. The league describes itself as “the future of triathlon” and organizes some of the biggest triathlon events globally.

Thanks to the deal, DAZN will be able to broadcast all Super League Triathlon events until the end of 2023. This agreement notably comes just in time for the league’s upcoming Championship Series event. The latter will kick in on September 4 in London and will run until the end of October with events in London, Munich, Malibu, Toulouse and Neom.

DAZN will broadcast SLT content across its digital channels, allowing people in over 200 countries to watch the competitive action. In addition, the digital media company will stream additional SLT content, such as the SLT documentary series Every Second Counts.

We are proud and passionate to support these incredible athletes get worldwide exposure.

People were excited to see DAZN provide triathlon with the attention it needs. Some commented that they have long awaited a content distributor that covers triathlon and ironman.

DAZN’s executive vice president of global rights strategy, Tom Burrows, reaffirmed his company’s commitment to providing more fans with more sports content. He noted that the agreement with the SLT attests to these intentions and shows DAZN’s commitment to a diverse and exciting sports scene. Burrows added that he cannot wait to broadcast the SLT races to DAZN’s passionate audience.

Meanwhile, SLT’s chief executive, Michael Dhulst, said that the league is happy by the opportunity to work with DAZN. He hopes that the new agreement will help the SLT grow and reach more people globally. Dhulst concluded that he hopes to turn triathlon into a world-class spectator sport that thousands of sports enthusiasts enjoy.

In other news, DAZN Bet, the company’s gaming division, recently soft-launched a new beta product to gather insights from the company’s users. The product went live in the United Kingdom, with DAZN Bet planning to use the data to improve its offerings.