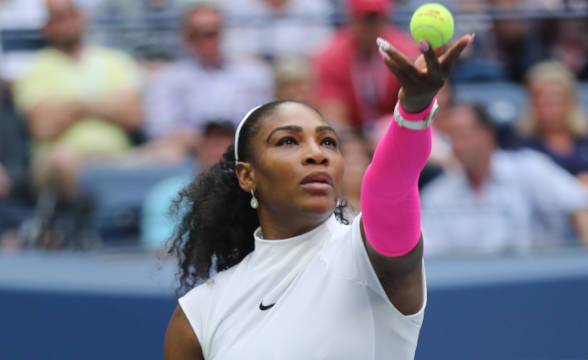 A golden era of women’s tennis is coming to an end – Serena Williams has announced plans to retire after the 2022 US Open.

The winner of 23 Grand Slam tournaments is turning 40 in September, which is the main reason why oddsmakers don’t see her as a favorite to add another title to her tally. Still, judging by what we’ve seen from her so far at Flushing Meadows, Serena’s “last dance” might be spectacular.

Is this going to be Serena’s final match of her 27-years-long career?

Motivation is on Serena’s Side

In an interview for Vogue, Serena Williams announced that this is going to be her last US Open. She also hinted she might be giving up on professional tennis after the conclusion of the American Grand Slam, although she did say she “never liked the word retirement.”

This means that the 2022 US Open could be her last chance to win her 24th Grand Slam title. If she pulls it off, she’s going to equal Margaret Court’s record. Unfortunately for her, bookmakers don’t think she’s going to do it. At the moment of writing, Serena is priced at +3300 to win the women’s singles tournament at US Open 2022.

The good news for Serena is that several favorites have already dropped out. Elina Svitolina and Angelique Kerber withdrew even before the start of the tournament, while last year’s winner Emma Raducanu lost in the first round.

Anett Kontaveit Favored by the Bookies

Bookmakers expect Kontaveit to beat Serena tonight, the main reason being that she’s second in the WTA Rankings at the moment. Meanwhile, Williams is sitting in the #605 position.

However, Kontaveit hasn’t been in great form in recent weeks. In fact, she is 2-3 in her previous five matches. All of those three losses happened on the hardcourt, which is the kind of surface used at the US Open.

Speaking of the US Open, this isn’t her favorite event. In fact, it’s far from it – Kontaveit has never gone past the fourth round in this tournament.

Oddsmakers think this is going to be the last Grand Slam match in Serena’s career. We, however, have to disagree with them. We think Serena still has it in her to pull off a big upset. She might not win the title, but she can definitely go past the second round.

Beating Kontaveit isn’t going to be easy, but if there’s a player who can pull it off, it’s Serena.