Sports betting fans will be pleased to know that they will be provided with betting content on their televisions every single day and every single hour. SportsGrid and Nexstar have teamed up and they are launching a 24-hour betting network. The content from the network will be distributed in nine markets that contain digital subchannels. Nexstar owns TV stations in these markets.

The network that these two companies are launching will go live on September 1, and sports betting fans will be able to enjoy daily live programing that lasts 18 hours, along with replays and pre-produced shows. These shows originate from the studios that SportsGrid has in New Jersey and New York City.

The president of Nexstar Media Inc.’s Networks Division, Sean Compton, stated in a press release that the nation is obsessed with sports and that Nexstar is extremely happy to deliver the programming of SportsGrid. The initiative will be an answer to the massive recent interest in fantasy sports and betting on sports.

Compton also added that Nexstar will be able to have a wider reach and connect with new people, which ultimately will result in an expansion and a fast-growing revenue from streams, all thanks to the fact that the company will distribute the programming of SportsGrid in the digital subchannels across the nine featured markets. He concluded that, due to the fact that since SportsGrid is the top-ranked content provider for fans of sports betting and fantasy sports, the company is the perfect partner for Nexstar.

The SportsGrid network will be provided in the following nine markets: Grand Rapids, Des Moines, San Francisco, Portland, Tampa, Washington D.C., Knoxville, Nashville and Norfolk. The platform through which SportsGrid will be able to provide betting fans with 24-hour content is called the STS Platform.

Nexstar Has A Very Wide Reach

The partnership between Nexstar and SportsGrid is also a massive opportunity for SportsGrid to have a wider reach. That was confirmed by SportsGrid’s founder and president, Louis Maione. He stated that the company is provided with a fantastic opportunity due to the fact that Nexstar has a national reach across 199 television stations that are owned or operated by the company and these stations are across 116 markets in the US.

Maione added that the initial launch in the nine markets will be able to entertain millions of sports fans and provide them with tons of services like commentary, analysis and expert reporting. He concluded that the deal provides both companies the opportunity to expand strategically.

Nextar Media Group Inc. has three divisions – Networks, Broadcasting and Digital. The Broadcasting division programs, operates, or provides numerous services to around 39% of all TV households in the US. 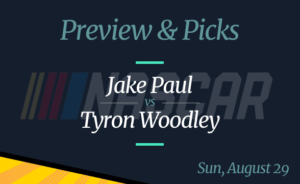