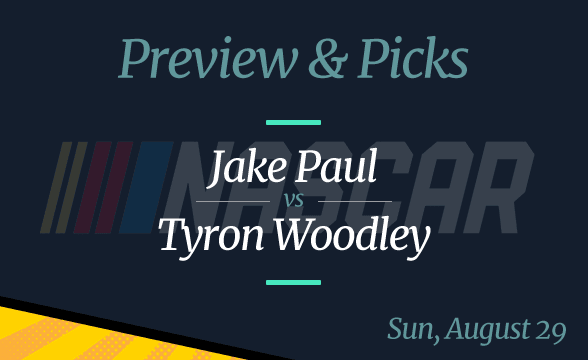 Jake Paul vs Tyron Woodley When and Where

Jake Joseph Paul, nicknamed The Problem Child, was born January 17, 1997, in Cleveland, OH. Currently 24, he is a social media influencer and professional boxer. Paul is 6’1″ tall and has a reach of 76 inches. His current record is 3 wins with 0 losses.

Paul’s amateur career started in 2018 when he and his brother, Logan Paul, fought Olajide Olayinka Williams “JJ” Olatunji, also known as KSI, and his brother, Deji Olatunji. Olatunji was defeated by Paul in the fifth round via a technical knockout (TKO).

The Problem Child’s professional boxing debut was in January 2020. He fought against British YouTuber Ali Loui Al-Fakhri, aka AnEsonGib, in Miami. After 2:18 in the first round, Paul won the fight via TKO. In November that same year, as a part of the Mike Tyson vs Roy Jones Jr. exhibition match, Paul fought Nate Robinson. Within 1:24 of the second round, Paul won the fight by KO. More recently, Paul fought against Ben Askren, a former Bellator MMA and ONE Welterweight Champion in April this year in Atlanta. At 1:59 within the first round, Paul defeated Askren via TKO.

From MMA to Boxing: Bio of the Chosen One

It was in 2009 when Woodley started his professional MMA career. Several years later, in 2016, he became the UFC Welterweight Champion. Woodley defended that title four consecutive times, but then in 2019, lost it. In July of this year, ESPN revealed that although the upcoming fight would be Woodley’s first boxing fight, it certainly won’t be his last. Preparing for the fight, The Chosen One has been training with Floyd Mayweather Jr., as well as Pedro Diaz and Eric Brown.

Undoubtedly, Woodley’s significant MMA background will come in handy when he faces Paul. On the other hand, The Problem Child is younger than Woodley, which may also impact the result of the fight. Whatever the case is, the Jake Paul vs Tyron Woodley fight on Sunday will be quite exciting.

SportsGrid and Nexstar Launch a Diginet for Betting and Fantasy Sports