The studies from the Universities of Glasgow and Stirling revealed that the amount spent on gambling advertising reached new heights last year, exceeding the levels before the pandemic, Daily Mail reported.

Gambling companies kept their word to cut on advertising during the first lockdown in March 2020 but more than compensated during the next two lockdown periods when gambling advertising spend skyrocketed.

An earlier study published by the same authors identified a strong link between gambling advertising and problem gamblers: 87% of people suffering from problem gambling claimed that it was advertising that urged them to spend more.

“For the first time we’ve got evidence that exposure to advertising has a really severe impact on those experiencing problem gambling,” said Dr. Heather Wardle, a sociologist at the University of Glasgow and a lead author on both studies, pointing the finger at the industry which “always says there is no evidence of our advertising causing harm,” neglecting the fact that people experiencing problem gambling spend more which itself is the evidence, and, instead of protecting the vulnerable, encourages them to spend more.

“In lockdown two, given the opportunity, the advertising spend came roaring back with a vengeance. There appeared to be no long-term commitment to reducing advertising in that long period when people were far more vulnerable,” Wardle concluded.

Compared to 2019, the amounts spent on gambling advertising increased by 49% during the first winter lockdown in November 2020 hitting £10.3 million ($12.5 million) per week, while the increase during the third lockdown was a bit lower, to £7.6 million ($9.3 million).

At the time of the first lockdown, the Betting and Gaming Council (BGC) clearly stated that during the pandemic a cut back on advertising would act as a safeguard to those experiencing problem gambling, a pledge gambling critics called a PR stunt.

The media reporting on the research findings cited the BGC claiming that the requirement introduced by its members during the first lockdown “that 20% of their TV and radio ads are safer gambling messages… has now been made permanent.”

Instead of commenting on the research findings, the gambling industry body changes the subject by stating that “contrary to those who said lockdown would see an “explosion” in gambling, overall gambling revenues actually fell by £1.7 billion from 2019 to 2020 during the pandemic” as clearly, overall gambling is not the focus of both research groups.

Further, the BGC claimed that “academic studies have also found that there is no causal link between exposure to advertising and the development of problem gambling” but the Gambling Commission figures the BGC cited confirm otherwise.

“Indeed, recent independent figures from the Gambling Commission confirm the rates of problem gambling have fallen to 0.2% in the year to June 2022 – down from 0.5% at the same time in 2020,” the industry body concluded but the cited period to June 2022 has nothing to do with the research findings. 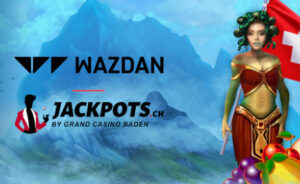 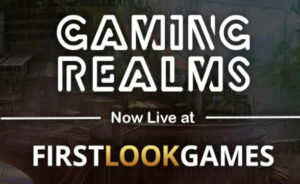