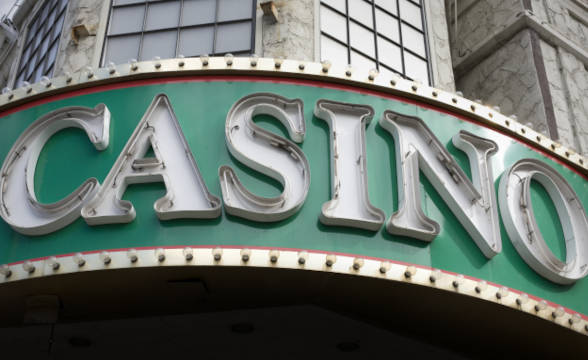 The Cherokee Nation strongly believes that its Pope County Casino project in Arkansas will get in the clear to continue within the next several months, reported Cherokee Phoenix.

‘Endurance Test’ Will Soon Be Over

The economic arm of the tribe, Cherokee Nation Businesses (CNB), received a contract to help the Internal Revenue Services with its backlog delays, and CNB chief executive officer Chuck Garrett used the occasion to bring an update on the status quo with the casino project in Pope County that will be the tribe’s first casino in Arkansas.

Garrett compared the situation for the past four years with “hand-to-hand combat” in the trenches, calling it an “endurance test” as despite securing a gaming license for its resort back in 2018, further legal issues remain.

“We know exactly where the venue will be,” he continued, outlining that the tribal project had already gone through “the local planning commission that designates zoning” and got the zoning approval, yet two court cases are still in the way.

Garrett did not want to get into much detail as to how the CNB would approach the cases he called “Hail Marys,” but noted that the business is standing pretty strong casino operator experience-wise with its ten casinos and successful business model “doing pretty well over the last 20-some odd years,” implying that once the court sees through this, the CNB will get the clearance.

He speculated that this would happen within the “next handful of months” and the business will be able to move forward with the Pope County Casino project.

Staffing Is Critical for Gaming Properties

The past two weeks saw a big win for the business when the ballot initiative to repeal the casino project backed by Fair Play for Arkansas, a group financed by the Choctaw Nation, was discarded by the state Board of Election Commissioners.

According to Garrett, the state’s Attorney General deemed the question for the November ballot to be “ineligible and inadequate” as it failed to indicate that CNB had already won the casino license. He also outlined the amount of misinformation about the casino project that had been spread across the state so that the Choctaw Nation-funded group can gather the required number of signatures.

Garrett also used the occasion to address the issue of staffing, asking councilors to be on the lookout for potential hires. He affirmed that “good men and women” are critical for CNB’s gaming venues, especially in the company’s food and beverage venues that have been unable to rebound fully for staffing reasons.

Bragg Gaming Group has revealed that it has completed the acquisition of Wild Streak Gaming and Spin Games. This comes at an important time for the company, as it is beginning to roll out its full product across the North American market and looking to consolidate all of its assets under the Group’s banner. Bragg […]