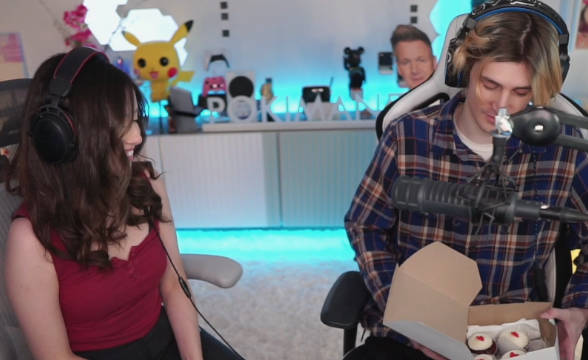 After speaking about his gambling addiction, a week ago, Felix ‘xQc’ Lengyel revealed further details about his condition in a bid to bring more awareness about what gambling addiction does to a person. Recently, xQc stated that he was addicted to everything he did, but he was one of those “fortunate” enough to be able to afford it, adding that he lost substantial amounts on gambling.

Pokimane and xQc on the Same Page about Gambling

He most recently spoke to Imane ‘Pokimane’ Anys, another prominent fan, who advised a Trainwreck fan to quit gambling and even watching streams in order to avoid falling victim to temptation once again. The fan was explaining how watching Trainwreck’s gambling streams had made them gamble and lose a significant amount of money.

In his conversation with Pokimane, xQc said that he had lost $1.85 million gambling in April alone. He admitted that he found it hard to shake off the habit and felt an urge to “gamble” no matter what he was doing.

Pokimane and xQc spoke about the ethics of gambling, something that xQc has come under fire over with some Twitch fans arguing that he may be promoting gambling games on purpose as he gets something out of that. Pokimane, though, was outspoken at the moment and said that accepting gambling sponsorships was tantamount to “taking your viewer’s money.”

xQc also agreed that anything done in excess is bad, whether it’s drinking or gambling. He even said that accepting alcohol sponsors on stream is bad, but he still did it. Pokimane took the opportunity to ask xQc whether he accepted gambling sponsorships.

He quickly said that he never did and he simply gambled off-stream for the more serious stuff. To his credit, xQc has been showing off simulators of gambling, not real casino gameplay and streams. He did see the value of streaming gambling, though, as he argued that people just enjoy seeing money “de-printed.”

The pair chatted about fellow streamer Matthew “Mizkif” Rinaudowho have been openly talking about gambling and how streamers have been targeted by companies offering them millions worth of dollars to just accept a simple streaming job. Mizkif confirmed that some of the companies would pay as much as $10 million a year for just 30 minutes of streaming.

Both Pokimane and xQc argued that the money was not ethical and had their reservations about gambling or any gambling-related partnerships.