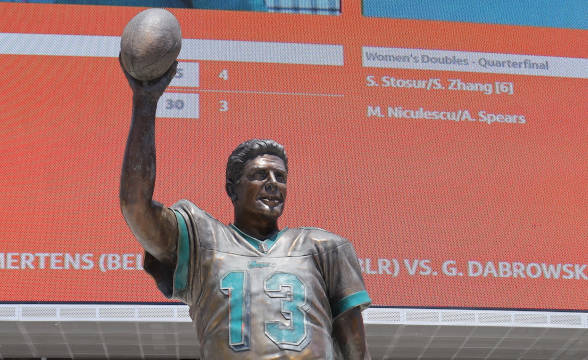 Pixiu Gaming, a leading Keno developer in North America, has announced that it signed a partnership with Dan Marino, a retired NFL quarterback. The company is set to use Marino’s brand in a series of immersive slot games.

The Slots Are Set to Make Their Debut in 2023

The partnership between Pixiu and Marino was brokered by Creation iGaming. The unique slot games will be created by Pixiu and per the details, they will hit the regulated markets in Canada and the US in the second quarter of 2023.

Marino, who’s a retired legend of the sport, held more than 40 career passing and single-season records. Some of them include most passing yards, most touchdown passes, as well as most completions.

He commented on the development by saying that he was very impressed with Pixiu’s dedication and focus on core values. Additionally, he stated that he’s excited to see the positive impact that the partnership will produce.

According to the details of the agreement, not only will Pixiu create unique slots, but a social responsibility element will also be included.

The company will donate 5% of its profits to support Marino’s Foundation, which empowers individuals with developmental challenges such as autism. The donations will help these people create and build their careers.

Tony Plaskow, the founder of Pixiu, also shared a few thoughts. He stated that the deal is huge, especially for him, as he’s a massive NFL fan. He added that Pixiu and Marino are dedicated to helping “underprivileged and challenged children” and helping them make a change.

As a concluding note, Plaskow said that Pixiu prides itself in working with the provinces in Canada for the benefit of their respective communities.

Creation Initiated and Brokered the Partnership Between Marino and Pixiu

The partnership between Marino and Pixiu was initiated by Creation iGaming. The company also acted as a middleman in the process of negotiating the details.

Phil Canavan, Creation iGaming’s sales and commercial director, stated that it is very rare to bring two organizations, whose outlines are similar, together. He added that the company is happy to be a part of the venture and everyone at Clarion is excited to see what the partnership will offer North America in the coming period.

Creation iGaming has over 40 years of working experience in the sports media and gaming industry and is dedicated to providing clients with end-to-end solutions. The company encompasses branding, game design, commercial strategy and distribution.

Thanks to the fact that Creation has decades of working experience, it was able to create longevity in gaming. That led to creating top-level relationships and thus, Creation is among the industry leaders who are capable of accessing a network of world-class talent across both B2C and B2B sectors.