Daniel Loeb will no longer try to convince Walt Disney to spin off ESPN. The investor recently staked $1 billion in the company and believed that spinning off ESPN would help Disney reduce its debt.

When Loeb proposed the spin-off, he argued that separating ESPN from its parent company would help it to focus on various sports betting opportunities. He pointed out that both ESPN’s customers and sports leagues would benefit from a focused management team that works to maintain the company’s leadership in sports distribution. Loeb noted that a spin-off doesn’t necessarily mean cutting all ties and pointed to an earlier agreement between eBay and PayPal.

Loeb’s call was eventually rejected and it seems like the investor has finally given up on the idea. Yesterday, Loeb tweeted that he will no longer push for ESPN to be separated from its parent company.

We have a better understanding of ESPN’s potential as a standalone business and another vertical for $DIS to reach a global audience to generate ad and subscriber revenues. We look forward to seeing Mr Pitaro execute on the growth and innovation plans, generating considerable synergies as part of The Walt Disney company.

Despite Loeb’s arguments, ESPN will likely continue to be a part of the Disney family. Bob Chapek, chief executive of Disney, recently spoke about the sports betting opportunities concerning ESPN. Although he doesn’t plan to spin off ESPN as a separate franchise, he very much wants to explore the sports betting industry and see what it has to offer. In recent talks with the company’s shareholders, he promised that an important sports betting announcement is coming soon.

Chapek had previously noted that ESPN is a highly popular brand, that Disney prefers to invest in rather than sell. According to him, his team has a clear vision for the next century but doesn’t want to share its plans yet.

Some have speculated that Disney may invest in M&A activity and acquire a sports betting operator to fully focus on the industry. And sure enough, the company has the budget to do so without hurting its reserve a lot. Despite the speculations, Disney is yet to announce any such intentions. 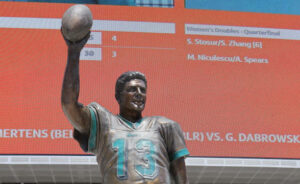