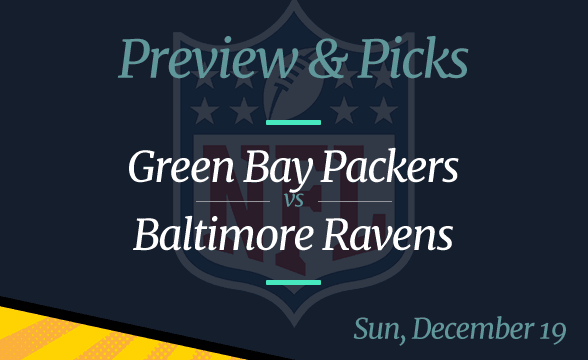 One of the most exciting matchups of the NFL Week 15 is the one taking place at M&T Bank Stadium in Baltimore on Sunday afternoon – Green Bay Packers vs. Baltimore Ravens.

Both teams are at the top of their divisions and will almost certainly play in the playoffs. This, of course, doesn’t mean that these teams will be without any motivation on Sunday. On the contrary, winning the Week 15 game would mean a massive confidence boost for either team.

All odds are per FanDuel as of December 16.

Green Bay’s performances over the last couple of weeks are among their best of the season. The Packers first beat the Los Angeles Rams in Week 12 before going on a break with a Week 13 bye. They returned in Week 14 when we saw them destroy their arch-rivals, the Chicago Bears 45-30.

Scoring 45 points last weekend was their best offensive performance in the 2021 season. Their defense could’ve done better, though. This goes especially, knowing that their defensive team has been superb throughout the season. Actually, with 272 points conceded thus far, their scoring defense ranks seventh in the NFL.

This team is 2-3 in their previous five games, with their record on the season currently standing at 8-5. The record is good enough to keep them at the top of the AFC North. The question is whether they will stay in that position by the end of the regular season?

The thing is that there are two teams with a 7-6 record in their division – Cincinnati Bengals and Cleveland Browns. Plus, there are also the Pittsburgh Steelers, who have a 6-6 record right now.

Baltimore’s schedule in the remainder of the season looks really tough, but what worries them the most is that their key men seem to be completely out of shape. This goes especially for their crucial offensive players, including their starting quarterback, Lamar Jackson.

The Ravens’ offense hasn’t scored more than 22 points since beating the Vikings on the first Sunday in November. The score was 34-31 for the Ravens after overtime. Unfortunately for them, it doesn’t look very likely that their offense will improve, at least not in Week 15.