Following its “bigger is better” growth plans aimed at local gaming markets that are either currently regulated or close to being regulated, LeoVegas has made one more strategic move. The group has been registered as an online gaming operator by the Alcohol and Gaming Commission in Ontario. This means that, starting April 4 when the fully licensed and regulated iGaming market in Ontario will launch, LeoVegas will also be part of the elite operators joining it.

What Ontario Players Can Expect From LeoVegas Going Live

The casino is already one of the highest reputable casino brands on Canadian soil, thanks to its rich plethora of products, an impressive roster of bonuses, and state-of-the-art support. At the beginning of 2022, Canadian-based revenues represented 13% of LeoVegas Group’s total revenues, while Ontario was responsible for around 35% of the figure.

With the scheduled launch of the regulated online gaming market in Ontario at the beginning of April, LeoVegas is now in the heat of preparations. The group is getting ready to deliver its best online casino, live dealer options, and sports betting services to the people of the province under the famous Royal Panda and LeoVegas brands.

Ontario is home to around 14 million inhabitants, representing close to 40% of the country’s population. For passionate players and bettors here, the addition of the group to the regulated market is a guarantee that the operator will meet and exceed the most rigorous gaming standards as well as the highest of fairness and integrity requirements.

Ontario players will get the chance to play with full confidence under the protective umbrella of confidentiality, security, and social responsibility offered by LeoVegas under its two brands. Last November, the group implemented a series of custom-made Artificial Intelligence-based deposit limits for its brands in the United Kingdom as part of its fight against gambling harm. Canadian players may also be presented with similar choices beyond April 4.

LeoVegas Group Plans to expand in the US in 2022

Upon receiving the notification confirming its registration as an operator, the group issued a brief statement calling the move an essential milestone in its licensing procedure for Ontario. Now, LeoVegas only has one more small step to take: enter a partnership with iGaming Ontario and clear up its operating terms. This step will be completed as soon as the group will successfully tackle the rest of the mandatory steps for getting on board.

Moving forward, the company plans on also launching in the United States later in the year. Its expansion plans will begin with New Jersey. The group remains optimistic about the warm welcome it will receive in the Garden State while looking at the undeniable success recorded by its mobile gambling products in other parts of the continent.

During the fourth quarter of 2022, LeoVegas collected 74% of its total revenues ($112 million) from gaming markets that were regulated and taxed at a local level. Given the group’s track record and operational know-how for licensed and regulated markets, expectations continue to remain high for the ongoing expansion in Ontario’s market. 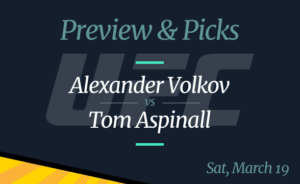