Disbursing Funds from the Casino Cage

TRA, the owner of 99.9% of the voting rights of Tiger Resorts, Leisure and Entertainment (TRLEI), the company operating Okada Manila, issued a statement Thursday to inform that its lawyers ordered the inspection of all payments made after the illegal takeover of the company by the group led by Kazuo Okada.

The focus of the inspection will be payments or fund transfers exceeding PHP1 million ($18,000) made to a single party, payments made to all TRLEI contractors after the illegal takeover, as well as transfers made to any company linked to Kazuo Okada or his associates, Antonio Cojuangco and Dindo Espeleta.

The TRA-backed board of TRLEI sent the letter to the Kazuo Okada-backed board following its claims that unauthorized money transfers of corporate funds were made, primarily from the casino cage, due to the resort’s accounts being frozen.

The comprehensive inspection will also cover monthly management reports for June and July, lists of all rehired employees, all new supply and construction contracts, and planned payments over PHP1 million for August, as well as new bank accounts, changes in the IT systems, and records of deleted CCTV footage.

Divina Law, the company representing TRA, will conduct the inspection on August 5, and reminded the Kazuo Okada group in the letter that a denial of this shareholder right “constitutes a crime under the Revised Corporation Code.”

Loyal employees, who dared question the use of the casino cage for paying salaries to the board, were intimidated and eased out, the TRA-backed board also claimed.

“We have invested heavily to build and operate Okada Manila, the largest integrated casino resort in Asia, and we are certainly not going to allow it to go to waste,” stated Jun Fujimoto, chief executive officer and representative director of Universal Entertainment, TRLEI’s parent incorporated in Hong Kong, convinced that the Philippine Supreme Court will “resolve this intra-corporate dispute once and for all.”

Recently, Fujimoto issued a statement and accused the group around Kazuo Okada of withholding information from the Philippines Supreme Court related to the ownership structure in Okada Manila, namely that Universal Entertainment is the sole owner of TRA, which in turn holds 99.9% of TRLEI voting rights. 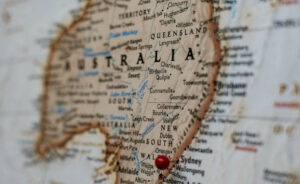