Can anyone stop Novak Djokovic from winning his 10th Australian Open title? The short answer is – no way, especially not Tommy Paul.

We know this, but so do bookies, who are giving extremely short odds (-1667) on Djokovic beating Paul in the semifinal of the 2023 Australian Open. Obviously, those odds aren’t good from a bettor’s perspective, but the good news is that there are other markets with much better prices (e.g., game spread).

In this post, we’re going to analyze those markets, sharing our top predictions and betting picks along the way.

Novak Djokovic With a (Seemingly) Easy Job in Melbourne

Apart from Djokovic, none of those players is still in the 2023 Australian Open. Alcaraz had to give up even before the start of the tournament due to an injury, the same as Kyrgios. Medvedev got knocked out in Round 3 of the Aussie Grand Slam; Nadal had the same fate, but in a round prior. As a result, Djokovic is now an even stronger favorite to win, with the outright AO odds of just -556.

He’s expected to cruise past Tommy Paul in the semifinal, but will he do it in the same manner as he did against Andrey Rublev in the quarterfinal? As a reminder, he destroyed the Russian player 3-0 (6-1, 6-2, 6-4), which was his fourth win in straight sets at the 2023 Australian Open.

In fact, the only player who’s won a set against Djokovic in this tournament is Enzo Couacaud (ATP No. 191). The Frenchman did it in Round 2 of the AO2023 when he won the second set 7-6 in games after a 7-5 tiebreaker.

Can Tommy Paul Snatch a Set (or Two) Off Djokovic?

Tommy Paul has never played against Djokovic in his professional career. He did, however, play against many other high-ranking players. Last year, for instance, he played against both Rafael Nadal and Carlos Alcaraz, beating each 2-1 in sets.

In 2023, he’s 6-1 overall with five wins at the Australian Open. Truth be told, he’s had a relatively easy job since arriving in Melbourne, with his highest-ranked opponent being Roberto Bautista-Agut (ATP No. 25). He defeated the Spaniard 3-1 in sets.

We think there’s no way Paul can beat Djokovic in Novak’s favorite tournament. We do, however, think he does stand a chance to win at least one set. Knowing that he’s almost 100% certain not to qualify for the Australian Open Final, Paul can go all-in in the match against Djokovic.

Djokovic’s been struggling with an injury throughout this tournament. As admitted by the Serbian, he’s been taking a lot of pills to numb the pain, which seems to be working. He’s been superb so far, but the question is how long he can keep playing at a such high level.

We think he needs to slow down if he wants to ensure that there are no problems in the final. So, rather than playing in top gear against Paul, Djokovic might decide to take it easy, even if it meant not winning dominantly. 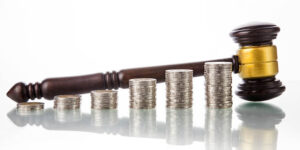