The recent tidal wave of regulatory action towards gambling advertisements on TV has reached Norway, where the government has proposed legislative changes to prohibit overseas operators from advertising on TV channels in the country.

Gambling companies based outside of Norway have been using a loophole in the Norwegian legislation to promote gambling activities on TV for years, but this door seems to be closing fast, as the government in the Scandinavian country has tabled amendments to the Broadcasting Act to delegate more power to the Norwegian Media Authority over TV distributors in terms of preventing access to illegal marketing.

The sensitivity of the matter has been recognized long time ago, with discussions on how to prevent unlicensed operators from having access to the advertising market underway since 2017, and the gambling regulator in the country, Lotteri-og stiftelsestilsynet /Lottstift/ launching a broad consultation in April 2018, but as the government admits, imposing a ban on such activities is not viable as the reality is there is a loophole in the legislation that allows advertising coming from foreign locations.

The Norwegian Media Authority is an agency tasked with “raising awareness on children’s use of digital media and computer games, rules for radio and television broadcasts and age limits for cinema films and the registration of videograms” and by giving it more power to order TV stations, the government in Norway is showing its resolve to deal with the negative social effects of gaming in the society, such as social impairing skills.

The recent move by the government is obviously embraced by the gambling operators in the country that are legally allowed to advertise, currently only two state-owned entities, Norsk Tipping and Norsk Rikstoto, can offer and advertise their products, with the former presenting draw-based and casino-type games, and the latter dealing with games of chance, such as totalisator games.

Both companies allocate funds from their revenue to support financially socially beneficial purposes, humanitarian work, sports, healthcare, research and cultural initiatives, with the amount of money generated in 2018 in the vicinity of NOK5.5 billion.

Advertising Spending From Offshore Operators Down

In October 2019 Lottstift reported that gambling-related advertising coming from off shore gaming operators fell by 19% year-on-year, due to the actions undertaken, but obviously the result is far from satisfactory and pressure from the society requires for more drastic action including a total ban on this type of advertising.

As part of the ongoing effort to help protect vulnerable groups in the society that are mostly affected by gambling advertisements from overseas operators, Norway implemented amendments to the existing ban on payments towards offshore gaming companies, as they used to easily circumvent the ban by using intermediaries.

New rules gave banks the right to block transactions based on company names and related to certain account numbers and investigate all parties involved and came into force January 1, 2020.

Stockholm-listed gambling operator Kindred Group will keep challenging the fine imposed on its subsidiary Trannel International Ltd by the Norwegian Gaming Authority (Lotteri- og stiftelsestilsynet) for offering services to Norwegian customers. Despite the Changes Trannel Made, the NGA Reinforced the Fine on the Kindred Group In September, the Norwegian Gaming Authority (NGA) slapped Malta-based Kindred […] 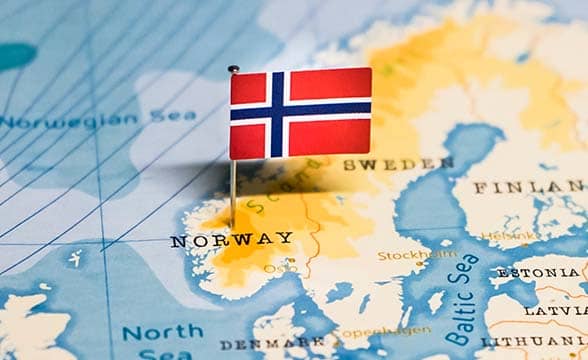 Kindred: Lotteritilsynet Should Be More Transparent

Lotteritilsynet, Norway’s gambling regulator, has long been trying to stop Trannel, a Kindred Group subsidiary, from illegally operating in the country. The situation recently came one step closer to its resolution as Trannel gave in and promised to comply with the authority’s conditions. Trannel to Stop Actively Targeting People in the Country Last month, the […]

Trannel’s Norwegian saga took an unexpected turn today after the country’s gambling regulator, the Norwegian Lottery Authority, announced a suspension of the daily fine of NOK 1.2 million ($112,265). Temporary Suspension of Compulsory Fine In a statement on its website, Lottstifts announced that the hefty daily fine that had been imposed on Kindred Group’s subsidiary […]

A subsidiary of Kindred Group was issued with a hefty fine for operating without a license in Norway and refusing to stop operations, the Norwegian Lotteries Authorities confirmed Thursday. Illegal Operations to Cost Annual Income Trannel, the Malta-licensed subsidiary of Stockholm-listed Kindred Group and operator of the group’s flagship Unibet brand, which is the main […]

Norway to Fine Trannel for Repeated Refusal to Leave

At the beginning of 2022, Lotteritilsynet, Norway’s gambling regulator, warned Kindred Group that it risks fines if it continues its unlicensed operations in the country. The authority is now preparing to penalize the operator as the latter refuses to have its subsidiary quit the Norwegian market. Lotteritilsynet Warns Trannel for the Last Time Trannel International […]

Norsk Tipping, Norway’s state-owned gambling operator, will change its TV marketing strategy. The company announced that it will take high-risk people in mind and adjust its advertisement accordingly. Norsk Tipping Vows to Do Better Norsk Tipping plans to reduce adverts that promote some of its more aggressive games. This includes both TV ads and marketing […]

The gambling authority in Norway has congratulated the media authority for holding on to its firm decision to keep banning gambling advertising on TV. The decision was not received well by media broadcasters. Among them, Altibox and Telia, two companies that required the regulations to go through a process of revision for allegedly contradicting European […]

Last November, Norway asked the European Commission for permission to use DNS blocking for gambling operators opposing cease and desists requests. The request marked a new attempt to gain better control over the websites that can be accessed by gamblers in the country and it came several months after the Broadcasting Act granted the Norwegian […]