The sports betting market in the US is taking off as the approval for various forms of sports betting in Maryland, Louisiana, and South Dakota granted along with the presidential elections November 3 is now followed by a betting expansion bill in New Jersey. The state’s Senate Budget Committee approved the measure which seeks to amend the state constitution to allow wagering on all major collegiate games.

Betting on All Collegiate Games

The bill which is calling for a public referendum in 2021 was also amended Monday to expand the scope of collegiate betting events by adding regular season games to the initial proposition of playoffs and championship games. Currently, sports betting is prohibited on any college games played in the state, as well as on games played outside of the state which involve teams from New Jersey.

The approval of the budget committee is only the first step of several required before the measure which seeks to eliminate a big restriction on wagering in the state, can be placed on the general election ballot next year. And the sports betting market in the state is setting record after record, taking in more than $748 million in bets in September, with October figures due to be released this week.

Wagering on sports at Atlantic City’s 9 casinos and 3 horse race tracks in August collected $668 million from sports bettors, surpassing the national record of $614 million set in Nevada in November last year. Expanding the scope of sports betting to include all collegiate games in New Jersey would only create more revenue for the state and further boost the economic role of the industry.

Over the first 9 months of 2020, casinos and tracks in the state generated nearly $3.3 billion in sports bets alone, a number which surpassed what casinos in Atlantic City used to make for an entire year when wagering on sports events was not available.

Going “For the Whole Thing”

State Sen. Paul Sarlo who is representing the area which includes MetLife Stadium, home to the Giants and the Jets from the National Football League (NFL) explained lawmakers decided to “go for the whole thing”, having received the approval of the National Collegiate Athletic Association (NCAA) and the Attorney’s General Office, alongside many sports teams.

The new measure is aimed primarily at events such as the NCAA basketball championship tournament, as New Jersey will be hosting one of the tournament’s regional competitions at Newark’s Prudential Center in 2025. MetLife Stadium can also be chosen to host college football bowl games, officials hope.

Xpoint has launched its dedicated Xpoint Verify solution, a new addition to the company’s geolocation product portfolio which has now gone live with markets in the United States and specifically through Sporttrade. Xpoint focuses on bringing leading geolocation and compliance solutions to iGaming and sports wagering companies in the North American market. Xpoint Verify Now […] 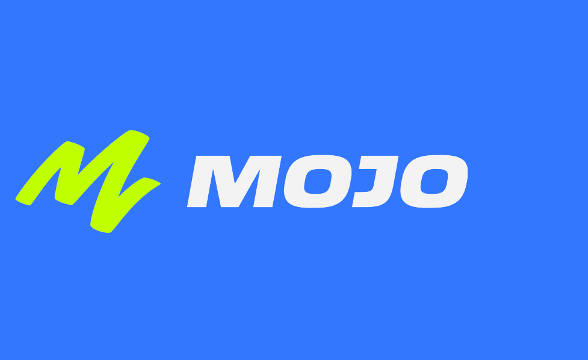 Sports data tracking app Mojo has launched in the New Jersey market on time for Week 3 of the National Football League. Backed by Alex Rodriguez emulates a stock trading model whereby all players are assigned values based on their performance throughout the season and historical data. Invest in NFL Players Like You Would in […]

According to the regular monthly report by New Jersey’s Division of Gaming Enforcement, the state’s gambling sector grew steadily in August, but financial results indicate a slowdown compared to Q2. Despite waning momentum, The Garden State’s gaming industry is still on its way to pre-pandemic figures. Revenue Growth Slowed but Still Trends Up August marked […]

Prophet Offered the Best Prices During NFL Week One

Prophet Exchange, a peer-to-peer sports betting exchange, has demonstrated the boons of the peer-to-peer exchange model. According to statistics, Prophet’s customers got the best prices on every single football team during the inaugural week of the NFL season. Prophet Players Earned More Prophet Exchange made headlines by offering better prices than all of its competitors. […]

Fubo Sportsbook has officially launched in its third US sports betting market, New Jersey, having completed the soft launch of the state’s Division of Gaming Enforcement (DGE), Fubo Gaming announced. ‘Immersive Sports Wagering and Viewing Experience’ The launch of Fubo Sportsbook marks the first sportsbook in the state to integrate live TV streaming with wagering […]

Play’n GO continues to expand across North America with the latest supplier entry focusing on New Jersey. The company has been granted a Casino Service Industry Enterprise waiver by the New Jersey Division of Gaming Enforcement, which allows Play’n GO to launch in the Garden State and deploy its portfolio of games and products, among […]

On August 29, the New Jersey Superior Court Atlantic County Law Division declared that tax relief in relation to property tax for Atlantic City casinos is against the state’s constitution. Atlantic City Casinos Got a $55 Million Tax Break Thanks to the PILOT Amendment ProPublica reported that judge Michael Blee has doubled down on the […]

Prophet Launches as First Betting Exchange in the US