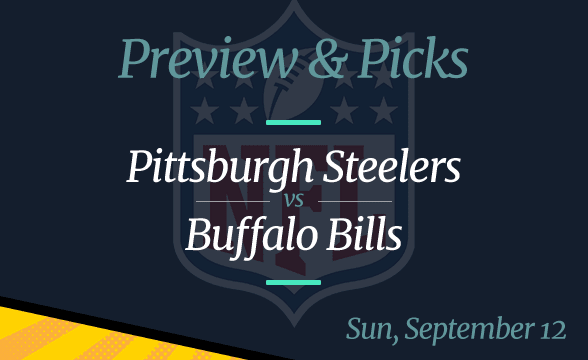 The Pittsburg Steelers share the record for most Super Bowl wins with the New England Patriots, each having won the Vince Lombardi trophy on six occasions. The Buffalo Bills, meanwhile, are one of only 12 NFL teams never to win it.

They were close, though. In the early 1990s, they lost the NFL Championship game four times, from 1990 to 1993. Is it time for that to change? Oddsmakers do see them as one of the top candidates to win Super Bowl LVI.

All odds are per MyBookie as of September 9.

In his third season as the Bills’ quarterback, Josh Allen led his team to their first divisional title in the history of the franchise. For his superb achievements in 2020 (4,544 passing yards, 37 passing TDs, etc.), he got a Pro Bowl invite.

If there’s a man he should thank for helping him in 2020, it’s Buffalo’s best receiver, Stefon Diggs. In his first season with the Bills, Diggs became the NFL’s receptions leader, as well as the leader in receiving yards. Obviously, he got a Pro Bowl call, as well.

Is Big Ben Too Big?

It’s common knowledge that Ben Roethlisberger has been struggling with injuries in recent years. In 2019, he played only two games before suffering an injury. He then returned in 2020, putting on some impressive performances early on before seeing his form dropping significantly.

Roethlisberger’s knees and ankles seem to be his main issues this season. It could have something to do with his weight, although the quarterback did shred excessive points during the offseason. Nevertheless, Roethlisberger is already a 39-year-old.

That said, the two-time Super Bowl-winning quarterback is approaching the end of his career. Nevertheless, coach Tomlin still seems to have faith in Big Ben. He’s right to trust the legendary QB to do okay, but he probably isn’t going to be able to single-handedly bright the Steelers a win in Week 1.

Sure, we might see Pittsburgh scoring a couple of TDs on Sunday, but that probably isn’t going to be enough to beat the Bills. After all, Buffalo has one of the best offenses in the league, so outscoring them seems a mission impossible for Big Ben and his teammates.

Pick: Buffalo Bills to win and cover the spread. The Under is a more likely option.