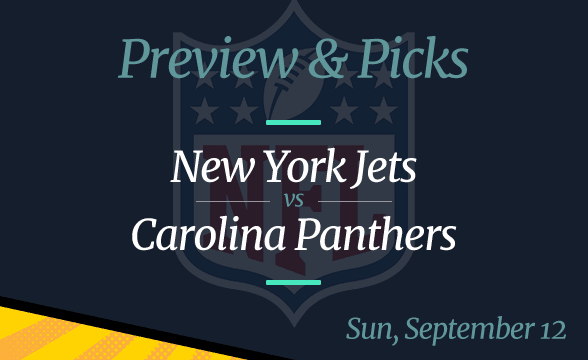 Neither the New York Jets nor the Carolina Panthers played in the playoffs last season. According to the current odds, neither is likely going to get there this year, either. Still, the fact is that both teams are much stronger than they were in 2020.

The Jets, who were the worst offense in the NFL last season, now have a brand-new quarterback. The man in question is Zach Wilson, who was their second overall in the 2021 NFL Draft.

What about their last season’s QB? Sam Darnold, who started 12 games for the Jets in 2020, is now a Panther.

All odds are per MyBookie as of September 10.

The 2020 season was Darnold’s worst since he came to the NFL in 2018 as the New York Jets’ third overall draft pick. We saw him passing for 2,208 yards for 9 touchdowns. In comparison, a year before, the QB made 19 touchdown passes.

The Jets’ management decided not to give Darnold another chance. Instead, they traded him away to Carolina, getting themselves a new quarterback in the draft. Should we expect Darnold to reemerge now that he’s moved to another team? Possibly, after all, he now has much better support in the offensive line, as well as much better receivers to aim his passes at.

Still, even if he doesn’t turn out to be a good enough quarterback, Carolina will not be too bothered. After all, their offensive play is focused on rushing. No surprise there, as one of the best running backs in the league is a Panther!

Christian McCaffrey is Back After a Season-Ending Injury in 2020

McCaffrey is arguably the best running back in his conference and is one of the top favorites to end the season as the NFL’s rushing leader.

His absence in 2020 is probably the reason why Carolina went just 5-11. McCaffrey suffered an ankle sprain in Week 2 that kept him off the field until Week 9. Unfortunately, in the very same week, he suffered a season-ending shoulder injury.

As a result, the running back played only three games last season, the last of which was in November. However, he’s back now, ready to make his comeback against the Jets.

Can Jets Improve Their Offense?

Stopping McCaffrey seems like a mission impossible for most NFL teams, let alone the New York Jets. That said, it seems that the only way to win this game is to try and outscore the Panthers.

The bad news is that the Jets just don’t seem capable of doing it. This is the team that finished the 2020 season with only 243 points scored, the worst record of all 32 teams. They hope rookie QB Zach Wilson can help them, but he probably will need more time.

Knowing all this, it seems that the Jets are in for a big defeat on Sunday.

Pick: Carolina Panthers to win and cover the spread. The Jets have gotten off to a good start in the preseason, and the Over is likely to hit in this game.