A Proposal Empowers the New Gambling Watchdog in Victoria

The new regulation seeks to empower the recently created Victorian Gambling and Casino Control Commission (VGCCC). The new government entity will take over the responsibilities of the Victorian Commission for Gambling and Liquor Regulation (VCGLR). Reducing gambling-related harm and enforcing the rules will be among the top priorities of the VGCCC. Under the new proposal, operators that breach the current gambling laws will face disciplinary action from the new gambling watchdog. This is a significant change from the current regulations that only push for disciplinary actions against operators that have breached the laws for gambling more than once.

On the other hand, the proposal grants additional responsibilities and empowers casino inspectors. If approved by the lawmakers, the new proposal grants casino inspectors access to casino records as well as surveillance equipment, according to a report from Inside Asian Gaming. Although the VGCCC will take over the responsibilities of the VCGLR, that won’t apply to alcohol regulation. Instead, regulating liquor will be placed in the hands of the Department of Justice and Community Safety, according to the newly proposed legislation.

Additional Protection for Gamblers Is Available

The announcement about the newly proposed legislation comes at a time when a new tool was introduced to help Victorian bettors remain in control of their gambling. The new app called Reset was developed by the Victorian Responsible Gambling Foundation. To develop the app, the Foundation received a $142,000 grant from the Victorian government. Recently, the minister for gaming and liquor regulation, Melissa Horne, revealed that the Reset app will undoubtedly help in the fight against gambling harm.

“We understand the importance of minimizing gambling harm and ensuring all Victorians have access to the help they need – this app is another way we’re supporting people at risk of problematic gambling behavior.”

Speaking about the newly proposed gambling legislation, Horne said that the regulator continues “to hold Crown to account, and these changes will strengthen the already robust oversight of the casino operator.” Moreover, she outlined that the new proposal follows the priority of the regulator which is to reduce gambling harm.

“We’re continuing to hold Crown to account, and these changes will strengthen the already robust oversight of the casino operator,”

Horne pointed out that at the same time, the new legislation will help increase compliance. The minister of gaming and liquor regulation revealed that the newly proposed legislation is in line with Royal Commission’s recommendations. Last but not least, she said additional reforms to the gambling laws are expected to be introduced later this year. 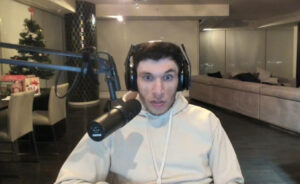 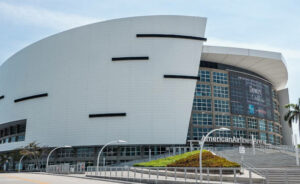