Licensed gambling operators in Nevada enjoyed strong results in October, judging by details released by the gambling regulator in the state.

The gambling regulator in Nevada, the Nevada Gaming Control Board (NGCB), released its latest report Tuesday outlining the performance of licensed operators during the last month. In total, the gaming win reported by nonrestricted gaming operators last month hit $1.28 billion. This result, when compared to the $1.22 billion result from October 2021, marked an increase of 4.83%.

Focusing on the bigger picture, last month marked another successful month for the operators, considering that it is the twentieth month in a row with revenues surpassing $1 billion. Additional details released by the NGCB reveal that the gaming win increased by 3.02% for the fiscal year which is the period between July 1, 2022, and October 31, 2022, when compared to the corresponding period last year.

Not unexpectedly, the increase in gaming win resulted in an increase in taxes as well. Overall, the taxes for October this year hit $76.4 million, marking a 6.42% increase when compared to the $71.8 million reported for the same period in 2021.

A further breakdown provided by the regulator reveals that Clark County reported the highest gaming win in October. This comes as no surprise, considering that the county includes the results for the Las Vegas Strip. The gaming win for Clark County in October hit $1.10 billion, marking an increase of 4.52% when compared to October 2021. The Las Vegas Strip reported the majority of the gaming win hitting $705.8 million, up by less than 1%.

However, Downtown operators reported a significant increase in gaming win in October. Last month, the gaming win for Downtown venues hit $90.5 million, up by nearly 19% when compared to the $76 million result from the corresponding period last year.

Looking at other counties, the gaming win for Washoe County last month hit $91.5 million, marking an increase of 5.24% when compared to the same period last year. South Lake Tahoe’s gaming win in October increased by 13.19% to $18.2 million, while Elko County reported a 9.25% growth in gaming win to $35.2 million. 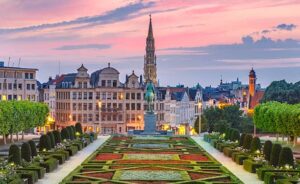