The Nevada Gaming Control Board released its traditional monthly update on the state’s gambling industry. September retains the momentum inherited by previous months, reporting a year-on-year revenue increase of 8%. If the trend continues, the Silver State should easily surpass 2021’s record-setting profits.

Another Excellent Month for Operators

September is the 19th month in a row when Nevada’s gambling sector’s monthly revenue surpassed $ 1 billion. The state made $1.24billion in total, equating to an 8% increase compared to 2021.

Casinos in The Strip contributed the most once again, bringing in $693 million and enjoying the most substantial monthly increase of 8.25% compared to other regions. It accounted for over 55% of the state’s gaming revenue. The strong showing can provide foresight on the upcoming quarterly reports of its largest operators like Caesars, MGM, and Wynn Resorts.

Nevada Gaming Control Board senior analyst Michael Lawton was optimistic that the state would continue its streak. The coming months should receive a substantial boost from a stacked series of high-profile events like the return of the Global Gaming Expo, performances by Adelle and Elton John, and UFC 282.

We have three months left in the calendar year, and I’m going to go out on a limb and say this year is going to surpass last year.

This prediction also matches the growing number of visitors. 3.35 million people chose to come to Vegas in September. While the number still lags by 3.5% compared to the pre-pandemic levels, it represents a substantial 14% increase compared to 2021, signaling a healthy upwards trend.

Nevada’s sportsbooks were the biggest surprise this September, with revenues just short of November’s $72 million record. The $70.6 million collected is an impressive 30.2% increase compared to last year and can be attributed to the month’s stacked sporting calendar. Online wagers made up 64.6% of all sports betting activity, supporting the growing trend away from land-based establishments.

The Winning Streak Will Likely Continue

While September’s results certainly seem encouraging in the context of post-COVID recovery, experts believe that dark clouds may be on the Horizon. Brendan Bussmann, managing partner of gaming and hospitality-focused consulting firm B Global, told Forbes that $1 billion had now become the standard and warned of some concerning factors that could negatively impact Nevada’s bottom line.

We hit full recovery, plus some, but we have inflation at record levels, and costs are spiraling out of control, which will put pressure on the locals market.

Despite growing concerns, Bussmann was optimistic that Nevada would be able to sustain its billion-dollar streak at least until the end of the year. So far, 2022 is proving to be a breath of fresh air for Vegas. With projected profits rising for the foreseeable future, the Silver State should be in a stable-enough position to handle any upcoming downturn. 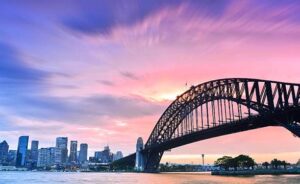 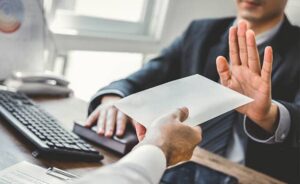