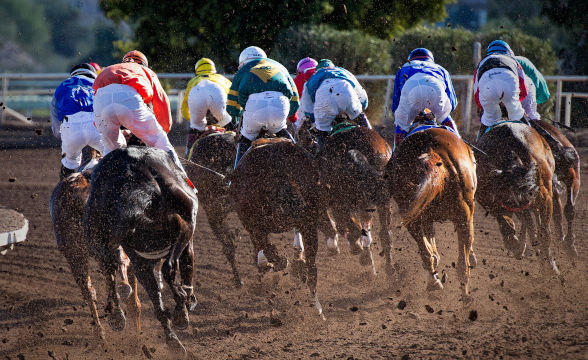 The changes in the gambling industry in the United Kingdom will impact both the sports as well as the racing industry and the government is finally beginning to realize this. MP Laurence Robertson feels confident that this realization would allow those in charge of the Gambling Act 2005 review to consider treating each segment individually and create changes that do not impact or eliminate their respective competitiveness, while still observing consumer protection measures.

Treat Each Vertical Separately and with Caution

One of the fears in the racing industry is that the affordability checks touted by the government could negatively impact revenue and cost racing £100 million ($131 million) every year. Robertson, though, has reason to believe that it won’t come to that. Quoted by Racing Post, an industry publication, the MP said that the government finally recognizes the negative impact certain checks could have.

He talked about the difficulty of establishing an adequate threshold for gauging players’ losses, and gave an example. A person who lost £100 ($131) from a low-income background would feel the loss but may not be covered by any consumer protection measures designed by the government to look at excessive losses.

Roberson is also concerned about separating the different gambling verticals, including iGaming, sports betting, and racing from each other. Not doing so would create blanket standards that would hurt racing the most. He added:

“It’s getting that balance between the 30 million or so people who gamble harmlessly and protecting those who do get caught up. There are ways you can do it, there is use of data for instance.”

Racing is not a very well-funded sport, to begin with, he cautioned, and any changes must be careful so as not to cut the flow of money. Many competitors have seen themselves having to win at least 12 races a year to just break even, and things aren’t going to look up if restrictive measures are applied. For example, soccer clubs can afford to end betting partnerships, but horse racing most likely cannot.

Do Not Create Problems for the People Who Have None

He reminded that for 30 million people, gambling was not an issue and said that protecting the vulnerable should not come at anyone’s expense, but rather create workable solutions that truly protect vulnerable players.

Robertson is also part of the Betting and Gaming Council (BGC), an organization that champions a clean and safe industry and that argues for a more balanced approach towards the re-regulation of gambling in the United Kingdom.

The White Paper of the proposed changes is almost finished now among general urgency to address the issue in a way that protects consumers. The BGC has repeatedly asked the government to be cautious of how it proceeds and seek not to implement changes that may have unwanted consequences.