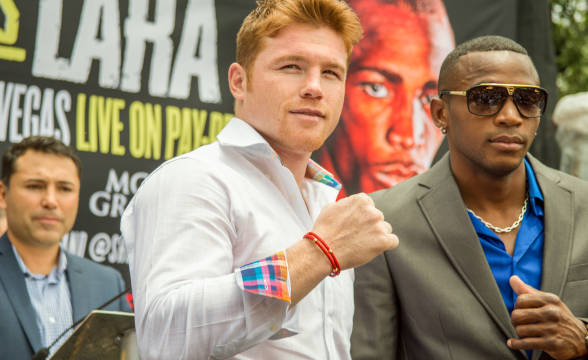 A lot was riding on the weekend fight between Saul Canelo Alvarez and Dmitry Bivol as the pair squared up at the T-Mobile Arena in Las Vegas, Nevada. Canelo was defeated by what turned out to be a superior fighter, with Alvarez overplaying his hand in the WBA light heavyweight category. But one person who wasn’t too upset at the outcome was Floyd “Money” Mayweather who had placed $10,000 on Bivol to win and turned this wager into a $52,000 payday.

Mayweather Cashes in “Easy Pick Up

While Canelo loyalists touted the Mexican’s prowess in the ring and his lightning-fast jabs, Mayweather remained calm and used his own grasp of boxing, having been one of the best boxers of his time, to place another smart bet. Canelo lost to a unanimous decision to Bivol, and Mayweather betting on him has an almost poetic cosmic ring to it as Alvarez was only defeated by Lloyd previously, all the way back in 2013.

Mayweather shared his winning bet on Instagram while teasing “easy pick up.” Mayweather’s moniker, “money” comes because of his ability to brand himself, but also his impressive career in boxing. He was the best-paid athlete of his time and managed to earn $915 million in career earnings, taking on fights and leveraging some big paydays. His fairly frugal lifestyle has contributed to him amassing big money over the years, but even more so, he has been a smart businessman.

The Man Is a Smart Gambler

Mayweather also wagered $13 million on the Broncos to win the Super Bowl and he won a $50,000 bet against the Irish firebrand Conor McGregor who lost in UFC 265 at the hands of Dusting Poirier. The wager on Bivol was very smart money for Mayweather because Canelo was admittedly too hyped for the fight, and fans were betting heavily against Bivol, basing those wagers on their loyalty to the Mexican ace.

There were even talks that if Canelo keeps it up, he will easily make it into the same category as Oleksandr Usyk and Anthony Joshua. This is not likely to happen now unless Canelo takes on Bivol and defeats him, which will not be too easy as the weekend fight shown.