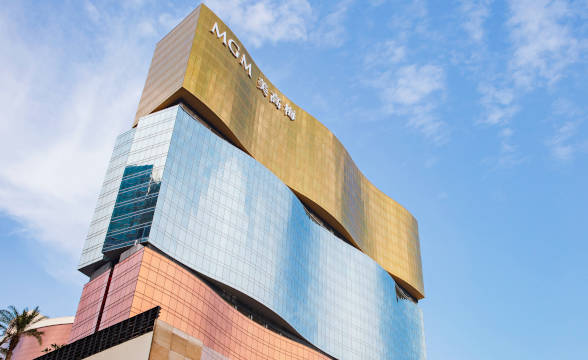 A double murder at a gambling venue in Macau has led to the deaths of two women. The police are on the lookout for the perpetrator.

The crime took place at the MGM Cotai resort and casino. The bodies were found in one of the rooms on the 9th floor. According to the police, the victims appear to have been strangled to death and their bodies were left to lie on the floor naked.

The law enforcers believe the murder happened in the early morning hours of May 7. They believe that the victims were killed somewhere around 1 AM. Workers at the hotel reported the incident by contacting the Macau Fire Department. The police also arrived on the scene and investigated the case for almost eight hours.

The officers concluded that this is most likely a case of double murder as both bodies had strangulation marks on their necks. The police added that the murderer probably strangled his victims with a bathrobe belt.

It is also worth noting that the two women entered the room 10 hours apart. The police failed to notice signs of struggle in the hotel room but this is likely due to the perpetrator cleaning up after themselves.

The forensic examination confirmed with almost full certainty that the victims were strangled. Furthermore, one of the deceased women had abrasions on her right arm. The other one, curiously, had no signs of trauma or other injuries.

The Macau police handed the bodies to medical experts for examination. The latter will confirm whether the victims were indeed strangled. The autopsy will also reveal if the murderer inflicted other injuries as well.

As of the time of this writing, the police are yet to identify the two bodies. The investigators will continue searching for the women’s identities and keep looking for the murderer.

Experts later suggested that the deceased may be a prostitute and a money exchange gang member. The experts added that the women were likely murdered for the money they carried on themselves.

Macau’s gambling market continues to struggle with crime. While the causes for the double murder at the MGM venue are uncertain, the special administrative region has seen a steep rise in other gambling-related crimes.

To add to Macau’s woes, GGR from gambling operations plummeted because of the ongoing COVID-19 pandemic. Travel restrictions led to revenues dropping by 25%. Analysts said that April’s results may be the worst since 2020 when the pandemic began. Most of the income in that month came from mass baccarat, which seems to be the most popular gambling offering in Macau.