Ryan Debattista and Nicole Bezzina admitted to their crime after the court accused them of using €35,000 ($32,000) worth of donations to fuel their gambling addiction. They pleaded guilty, also admitting to money laundering. However, the father released a statement that he had confessed to a crime he did not commit, as he had no way to prove his innocence.

The Parents Abused the Community’s Trust

The court officially fined the mother and father €20,000 and €30,000 and also confiscated their whole immovable and moveable property. According to a report by Times of Malta, the couple admitted to using donations raised for their son’s cancer treatment to engage in gambling, eventually losing the entire amount. The magistrate in charge of the case accused them of exploiting the generosity of the local community for their gain.

The €35,000 in donations came after a selfless, years-long effort by friends and the public. Local football team Floriana FC was among the most significant contributors, uniting dozens of other clubs to support the cause. In October 2018, the Malta Football Association ran a charity campaign, donating €1 for every ticket sold in one weekend.

Their Son Still Received All the Necessary Care

In addition to the hefty fine, the parents have received a ban on engaging in retail or online gambling. They will also undergo treatment to help them overcome their gambling addiction. The court placed the couple under probation for three years and urged them to live as exemplary parents under threat of further punishment.

Despite the defendants’ admitted guilt, they took good care of their son, who has since fully recovered from his ailment. This fact played a significant role in netting them a more lenient sentence and allowed them to retain custody of their child. The court observed that the parents had behaved in an exemplary manner concerning their son’s health and had given him proper care.

In a strange twist, Debattista came out with a statement after the case’s closure and claimed that the couple had been innocent all along. He added that they had pleaded guilty to receive a lighter sentence, as they could not provide sufficient evidence to refute the court’s accusations and did not gamble away any donated funds.

I had my back against a wall. So I admitted to a crime I never did, just so that I don’t go to prison.

According to the father, he had previously won €26,000 in a horse race and used these funds to place additional bets but had no receipt to provide before the court. Various other documents detailing their expenses had been insufficient to impact the case, which is why the parents had little choice but to plead guilty.

I gambled some of that money. But not our son’s money. I would never do that.

Bezzina’s lack of a criminal history also played a significant role in securing a lighter sentence. However, her partner has a more colorful record, as the court stated he had previously been under probation. No matter where the truth lies, the involved parties agree that child neglect is not among the couple’s crimes, as they spent considerable effort to ensure their son’s health and happiness. 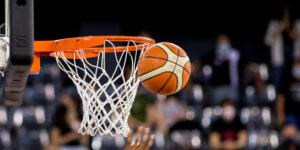 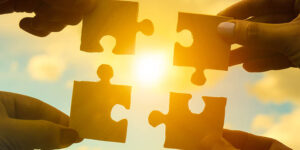 Legal January 25, 2023
PGA Tour Teams Up with US Integrity to Boost Integrity Program