The Supreme Court of India issued a decision regarding the petition filed by Skill Lotto Solutions questioning the definition of goods and claiming that the levy of tax on the lottery is discriminatory and against the constitution. The judgment did not find any grounds for such claims and ruled that the imposition of tax on lottery, gambling, and betting is legal and constitutional.

Lottery, Betting and Gambling Are Defined as “Actionable Claims” and Represent “Goods”

In an 87-page judgment, the Supreme Court confirmed that imposing the Goods and Services Tax (GST) on lotteries, betting and gambling by no means represents hostile discrimination and is not in contradiction with the right to equality under the constitution of India. The constitution bench in charge of the case consisted of judges Ashok Bhushan, Ramayyagari Subhash Reddy, and Mukeshkumar Rasikbhai Shah.

Punjab lottery distributor Skill Lotto Solutions had filed a petition claiming that the application of the tax to lotteries and lottery winnings violated the constitution. According to the petitioner, lottery tickets were not goods as defined by the Central Goods and Services Tax Act, 2017, but “actionable claims” which are subject to tax reliefs, except for specific gaming taxes.

Lottery, Betting and Gambling Have Been Regulated Since Before the Independence

The judgment elaborated on the definition of goods and actionable items and explained that the concepts of the lottery, betting and gambling have been used in India since before the Independence and were subject to regulations by different legislations.

“When Act, 2017 defines the ‘goods’ to include actionable claims and included only three categories of actionable claims, i.e., lottery, betting and gambling, for purposes of levy of GST, it cannot be said that there was no rationale for the Parliament in including these three actionable claims for tax purposes, and leaving others.”

The court pronounced itself in line with the government’s stand that the Parliament has the authority to impose the GST tax on lotteries under Article 246A of the Constitution.

Moreover, the decision observed that Section 2(52) of the GST Act complied with the Constitution Bench judgment of the Supreme Court in the Sunrise Associates case, which said that “the sale of a lottery ticket amounts to the transfer of an actionable claim”.

India’s sports betting market is one of the most attractive in the world. Online betting in India has undergone exponential growth over the last years, while mobile gambling is now the most popular form of online gambling in the country.

Previous Article
Industry December 7, 2020
Maria Ho: 'It's Harder to Get to the Top More Than Ever' 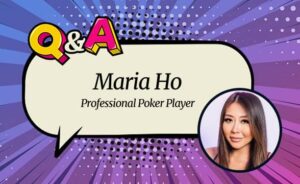