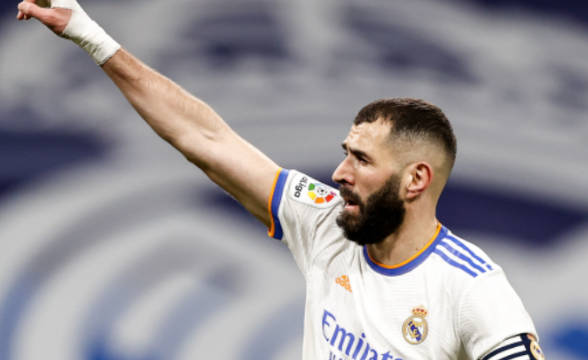 Liverpool and Real Madrid clash in the final of the 2022 Champions League. If Los Blancos win, they’re going to get ahold of their 14th UCL trophy. If the Reds win, it’s going to be their seventh Champions League title.

If you take a look at the betting odds, you’ll see that bookmakers think Liverpool is more likely to triumph on Saturday. Still, there’s one thing you need to keep in mind – Real Madrid has already defeated a number of favorites in the 2022 UCL playoffs.

Liverpool Looking for Their Third Title of 2022

Since the start of the year, Jurgen Klopp’s men have been nothing short of phenomenal. In fact, there aren’t many teams in the whole wide world that have won more games than Liverpool in 2022.

As a result of their superb run, the Reds were able to win two major titles already. The first trophy came their way in March when they won the League Cup. The next title they won was the 2022 FA Cup, which they did on May 14. They also came close to winning the Premier League, finishing in the #2 spot with just one point fewer than Manchester City.

Oddsmakers think they will add another title to the list this coming weekend. They are favored to win the 2022 Champions League with the odds of +100. One of the key reasons why that is the case is that all of Liverpool’s key men should be fit and ready to play on Saturday.

This includes Virgin van Dijk and Mohamed Salah, who were struggling with fitness a week ago. In fact, van Dijk missed Sunday’s game with Wolves, staying on the bench the whole time. Salah, on the other hand, started the game on the bench, but went on the pitch in the second half, putting on a fantastic performance – he was the one to make it 2-1 Liverpool.

Real Madrid Hoping to Upset the Odds Once Again

PSG, Chelsea, Manchester City – each of these teams was favored to knock Real Madrid out of the Champions League playoffs. However, none of them succeeded.

Los Blancos were able to go past those teams mostly thanks to one man. The player in question is Karim Benzema, who scored a hat-trick against PSG and Chelsea, as well as the winning goal in the second leg of the Manchester City semifinal.

The Real Madrid no.9 has been in a brilliant form this season, not just in the Champions League but in the Spanish La Liga as well. That’s where he finished the season as the top scorer, winning the Pichichi Trophy.

Even though Benzema has been Real’s best player this season, this team isn’t a one-man army. In fact, some unlikely heroes have stepped up in the UCL to help Real Madrid’s campaign. One of the best examples is 21-year-old Brazilian forward Rodrygo who scored two goals (in 90’ and 91’) against Manchester City, practically saving his team.

Then, there’s Real Madrid’s goalie Thibaut Courtois who’s been fantastic this season, making some vintage saves in the Champions League.

The English team is favored for a reason – Liverpool’s roster might be the very best on the planet. Still, the Reds aren’t going to have a field day on Saturday. You can be sure that Los Blancos will fight back. That said, no one should be surprised if we saw a lot of goals in the French capital. Still, we do believe that Liverpool will be the team to score more.