The latest plan comes at the start of the new year and according to Rene Jansen, the KSA’s chairman, the Gambling Authority will not only safeguard the online gambling vertical but target physical illegal games of chance. Such games can include illegal slot machines, bingos, lotteries, poker, sports betting or other unlicensed gambling activities.

KSA’s chairman explained that in 2023, inspectors are going to travel around the country. In collaboration with local authorities and partners, the gambling watchdog will seek to strike illegal physical operators. To help with the plan, the KSA will rely on its partners that will cooperate effectively and establish a regional network. Additionally, the watchdog said it plans to recruit new inspectors, expanding its capacity.

“Together with our partners looking for physically offered illegal games of chance, ranging from operating slot machines, poker, bingos or lotteries without a license to the gambling terminals that are used for illegal sports betting,“

reads a blog entry by Rene Jansen chairman of the KSA

Jansen added that there are some illegal retail operations that are not large in scale. Still, he reiterated that illegal gambling involves money laundering and ultimately represents a threat to the customers.

The chairman of the KSA pointed out that there are “undermining” efforts and explained: “In addition to warm political interest in this theme in The Hague, many municipalities are also looking for ways to counter undermining and thus discourage and disrupt criminals.” However, according to Jansen, a strong bond between the KSA and regional inspectors can help achieve the goal to reduce illegal gambling operations.

The latest announcement comes after only recently, the KSA issued a fine of nearly $1 million against Shark77. At the time of the announcement, the watchdog said that the operator offered its online gambling services illegally which was in breach of the Gambling Act. According to an investigation by the regulator, Shark77 did not obstruct Dutch customers from depositing funds and allowed players from the country to access its website. 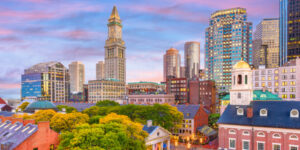 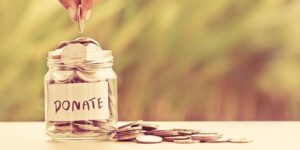 Legal January 25, 2023
GambleAware Publishes List of Benefactors and their Donations