The Kansspelautoriteit (KSA), the Netherlands’ gambling authority, contacted legal online gambling operators, asking them to stop offering cashback bonuses. The regulator reminded its licensees that such offerings are illegal in the country.

In a letter, the KSA ordered gambling companies in the country to immediately stop offering cashback bonuses, which are believed to incentivize excessive gambling and nurture harm. Such promotions are prohibited in the Dutch market. The regulator wanted to remind companies that these bonuses are considered to be an illegal form of advertisement and, as a result, are disallowed.

This follows concerning reports that the KSA received, which claimed that certain gambling companies breach the regulations and offer cashback bonuses to their customers. In its letter, the regulator firmly said that such bonuses have a stimulating effect and often lead to excessive gambling. The KSA explained that the opportunity to get back part of one’s bets can lead to gambling harm as it distracts customers from their losses.

Therefore, the KSA insisted, operators must stop offering cashback bonuses. The authority asked its licensees to send write a letter where they confirm they will no longer offer such products by December 5.

The KSA Continues to Watch over the Dutch Market

Speaking of the KSA, the regulator continues to regulate the Dutch market. In a recent development, the authority spotted various instances of incompliance ahead of the World Cup tournament. A few operators offered disallowed offerings, while another one used a forbidden form of advertisement, prominently featuring several local celebrities.

A few days later, the Kansspelautoriteit found out that Toto Online actively advertised gambling to young adults in the country, which is strictly forbidden under Dutch law. As a result, the operator was slapped with a fine of $414,000.

Operators aren’t the only ones to be scrutinized by the diligent watchdog. The authority just announced a probe into affiliate websites, as it wanted to make sure they do not expose customers to harm.

In other news, the Netherlands government just published a memo, following a freedom of information request, showing that it investigated several operators prior to regulating online gambling. As it turns out, a handful of operators, most of them based in Malta and Curacao, took bets from gamblers in the country without paying any betting, corporate or income taxes. In the memo, the Dutch government revealed that it had identified a dozen such operators and had investigated five of them. The bets they took were valued at several hundred million. 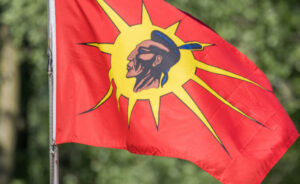 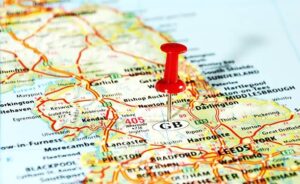