Canadian indigenous representative body the Mohawk Council of Kahnawà:ke (MCK) has submitted a lawsuit against iGaming Ontario and the Attorney General of Ontario to the Ontario Superior Court.

In April, iGaming Ontario launched its iGaming market with new online stakeholders entering the industry in the most populous Canadian state. iGaming Ontario is a subsidiary of the Alcohol and Gaming Commission of Ontario (AGCO), which was created to regulate the new online gambling market in Ontario.

According to the introduced regulations via the iGaming scheme, third-party gambling operators were allowed to offer their online gambling products to the residents of the state of Ontario. The operators are subject to registration and approval from AGCO and can offer all kinds of online games including but not limited to casino games, table games, poker and sports betting.

In contrast with land-based casino operators, which must pay taxes of 55% of their revenue, online gambling companies are obliged to set aside a mere 20% of their profit for the state coffer.

What the MCK is challenging in court is the interpretation of the Criminal Code that the iGaming regulation in Ontario is building upon. According to the claim from the MCK, the handling of the recently launched iGaming market in Ontario is unconstitutional.

Why Is MCK Suing iGaming Ontario and the Attorney General of Ontario?

The MCK is of course concerned that the iGaming scheme is affecting its own gambling business.

Council Chief Michael Delisle, Jr further explained the reasoning behind the decision to file the lawsuit: “We feel that the legal basis for Ontario’s iGaming scheme needs to be challenged in the Courts and is being used to cause irreparable harm to Kahnawà:ke’s own legitimate and well-established gaming industry. The plain facts are that Ontario has implemented an iGaming scheme, which is based on a very tenuous legal foundation, that is causing a significant loss of revenues for our community.”

The new iGaming scheme does not allow gambling companies licensed by the KGC to operate on the Ontario market without being registered with AGCO.

According to the MCK, the Council made several attempts to discuss the iGaming scheme both before it was launched and after but did not achieve any significant progress on the matter in their discussions with Ontario officials. 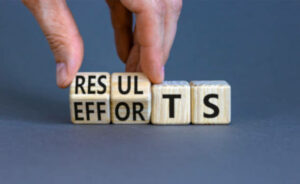