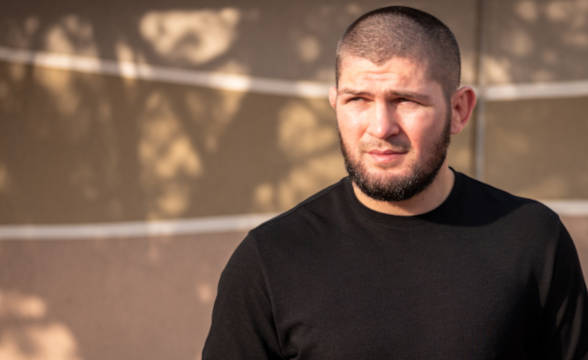 According to the former UFC fighter, Eagle FC has plenty of good sponsors that support it during tournaments. He pointed out that the organization doesn’t see the need to join forces with bookmakers. Speaking about the bookmakers, Nurmagomedov said that they bring harm to entire families. He revealed that young men use bookmakers’ websites and become addicted to gambling. In the end, according to the former UFC fighter, entire families are ruined by bookmakers.

“I think it’s worse to advertise bookmakers than alcohol.”

One journalist asked the Russian fighter if he has thought about the money he can earn from bookmakers and if he thinks he is missing out on hundreds of thousands of dollars. In response, Nurmagomedov acknowledged that bookmakers pay hefty sums for promotions. He even said that promoting with bookmakers is so profitable, that some people pick a bookmaker as their primary sponsor and don’t need to seek further sponsors.

“We pay attention to the type of product we give to our audience. The only thing we promote is sport. I don’t want the people that watch us and see alcohol or bookmaker ads. It’s very important to me. I don’t want people to discover a bookmaker from watching Eagle FC,”

However, Nurmagomedov reaffirmed that Eagle FC isn’t interested in teaming up with bookmakers. Instead, the organization pays attention to the type of products it offers to its audience and most importantly, looks to promote sport. In conclusion, Nurmagomedov said he doesn’t want people that watch Eagle FC see ads about bookmakers or alcohol.

Users commenting on Nurmagomedov’s recent interview shared his opinion. One user nicknamed “Wlb” wrote: “what a role model, what a humble guy and what a mindset. This clip should have 10+ mil views.” Another online user nicknamed “Stevan S” also showed support for the fighter’s views by saying: “That is how real man with a lot of money behave, responsible and in truth 100%… these small things show you who is who and Khabib is the man.”