International slots and casino games studio Kalamba Games has agreed to onboard its content to Pariplay through the latter’s Ignite studio development platform. As a result, Kalamba will be able to expand its global footprint while Pariplay gets to enrich its portfolio of slots.

Pariplay Will Add Kalamba’s Titles to Its Platform

Pariplay will leverage its robust partner network to launch the developer’s content in many new regulated markets. Thanks to the agreement, the aggregator will reinforce its offerings with some of Kalamba’s hottest titles, including Phat Cats Megaways, an upcoming premium slot title that the studio is yet to release.

The new agreement is just another step in Kalamba’s plan to grow its presence and improve its brand recognition. Throughout 2022, the developer inked several similar deals, helping it expand across many regulated jurisdictions. Pariplay, for example, will greatly boost the developer’s presence in North America and Latin America, as well as in several European markets, including the United Kingdom, Greece, Romania, Portugal and Italy.

The deal cements Kalamba Games as one of the fastest-growing developers in the iGaming sector. The company’s strengths also include a myriad of cutting-edge betting solutions, such as the remote gaming server solution Bullseye, the analytics platform Stargazer and a suite of state-of-the-art promotional tools.

Kalamba Games’ chief commercial officer, Andrew Crosby, shared his thoughts on the new deal. He said that inking an agreement with an aggregator as renowned as Pariplay is a “significant moment” for his company. Crosby praised Pariplay for the comprehensive breadth of its network and added that this would greatly help Kalamba expand in many top jurisdictions. Crosby listed the United States, Canada, the United Kingdom, Romania and South America as some of the “most exciting regions” where Kalamba will be able to expand its presence.

We’re confident that our content will resonate with more players than ever as a result.

Callum Harris, Pariplay’s director of partnerships added that his team is thrilled to have Kalamba Games join the Pariplay family.

We’re delighted to welcome Kalamba Games via Ignite, our flexible turnkey development framework and are confident that it will further its development and deployment globally through our comprehensive set of iGaming licenses.

Harris added that his team is looking forward to providing maximum coverage immediately on launch. He concluded that Kalamba’s suite of iGaming titles will be a great addition that the aggregator’s partnering operators will love. 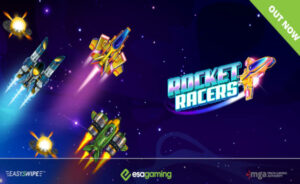 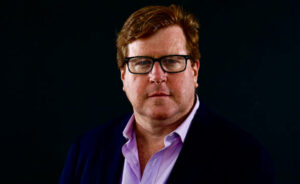