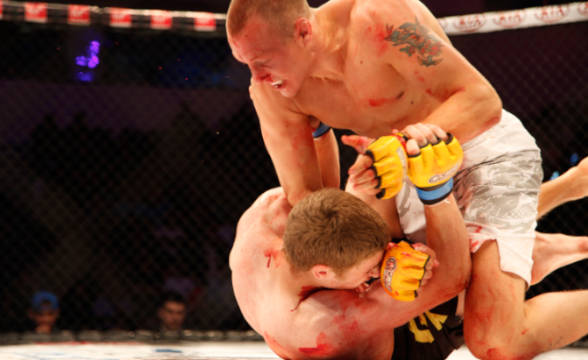 Originally, Jack Hermansson was supposed to fight Darren Till at UFC Fight Night 208 (a.k.a. UFC Fight Night: Blaydes vs Aspinall) on Saturday, July 23. However, on July 6, Till revealed he’s pulling out of the event due to an injury. With just two weeks before the fight, Chris Curtis agreed to step in as Till’s replacement.

Although he hasn’t had too much time to prepare for the bout, Custis is seen as a slight betting favorite by some betting sites. The reason why oddsmakers have faith in him is that he’s 3-0 since inking a deal with the UFC. Further, his opponent is coming off a loss to Sean Strickland in February.

Nevertheless, the odds aren’t miles apart, meaning that bookies do think the Norwegian fighter stands a decent chance to triumph on Saturday. To see what we think, just keep on reading our Hermansson vs Curtis preview.

All odds are per Bovada as of July 18.

Now a 34-year-old, Hermansson has a relatively decent professional record with 22 wins and seven losses. We say “relatively” because most of his losses happened after he joined the UFC, which is the world’s most elite MMA promotion.

Actually, five of his career defeats happened in the UFC. What’s worrying is that three of those happened in his previous five bouts. As a result, he’s now sitting in the #8 position in the UFC middleweight rankings, even though just a few years ago, many thought of him as a potential title challenger.

It’s needless to say that Hermansson would love to stay in the title discussion, but for that to happen, he needs to get back to the winning track ASAP.

After spending 12 years fighting in various promotions, Chris Curtis signed a contract with the UFC in 2021. On his promotional debut, he beat Phil Hawes by KO on November 6, 2021. Less than a month later – on December 4, 2021 – he defeated Brendan Allen by TKO.

His third UFC fight happened on June 25, 2022, when we saw him triumph against Rodolfo Vieira by unanimous decision. Twenty-eight days later, he’s coming back inside the octagon. Even though it wasn’t planned, Curtis stepped in as a replacement for injured Darren Till who announced his withdrawal from UFC Fight Night 208 on July 6.

Even though he’s fought recently, Curtis just hasn’t had enough time to prepare for the fight against Hermansson. But even if he had, we’d still think of him as an underdog. Sure, he’s on a surge, but he still hasn’t fought as good a fighter as Hermansson.