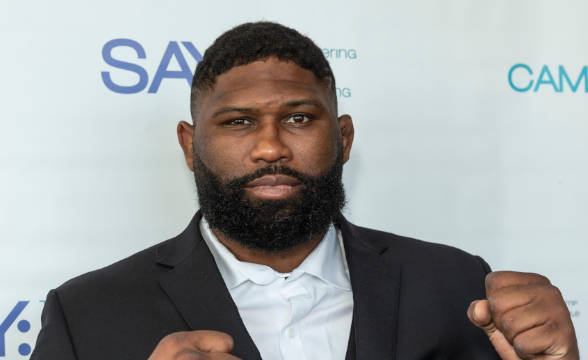 The UFC is going to the UK this weekend, with the O2 Arena in London serving as the host venue for the event called UFC Fight Night: Blaydes vs. Aspinall. Also known as UFC Fight Night 208 or UFC on ESPN+ 66, the event is on the program on Saturday, July 23, with a heavyweight fight between two KO artists – Custos Blaydes and Tom Aspinall – serving as the headliner bout.

The headliner fight is the one we’re going to analyze in this UFC preview. The fact that Blaydes vs. Aspinall is the main bout of Saturday’s event is just one in a long list of reasons why we decided to cover it. Another reason is that both fighters are ranked high in the UFC heavyweight rankings, meaning that the fight winner could get a shot at the title in the near future.

Further, both fighters are famous for their impressive finishes. Curtis Blaydes, who won a total of 16 fights in his professional career, finished the fight by knockout/technical knockout on 11 occasions. Tom Aspinall, who’s got 12 wins in his portfolio, won by KO/TKO nine times so far.

Knowing all this, you understand why Curtis Blaydes vs. Tom Aspinall is worth analyzing in-depth. And that’s exactly what we’re going to do in our preview. Let’s start by taking a look at the betting odds.

All odds are per FanDuel as of July 18.

Curtis Blaydes Not Easy to Knock-Out

The 31-year-old American is 16-3 in his career that started back in 2014. Just two years after his professional debut, Blaydes inked a deal with the UFC. Since then, he’s fought 15 bouts in this promotion, winning 12 and losing three.

Of those 12 UFC wins, seven happened by KO/TKO, while five happened by decision. When it comes to his losses, he lost each of those three by knockout. This, however, doesn’t mean he’s got a weak chin. On the contrary, he’s one of the UFC fighters that can take the most beating.

The reason why he lost his fights by this method is that he fought against some of the best strikers in the world. Francis Ngannou – the Guinness World Record holder for the hardest punch – beat him twice. Blaydes’ third loss happened against Derrick Lewis, a fighter who’s holding the UFC record for most knockouts in the history of the promotion (13).

Although he’s currently #6 in the UFC heavyweight rankings (two spots below Blaydes), it’s very likely he’d get a title shot if he wins on Saturday. The thing is that Aspinall has been nothing short of brilliant since signing a deal with the UFC two years ago.

So far, he’s fought five UFC fights, winning each one of them. Plus, for four of those fights, Aspinall got the Performance of the Night bonus from the promotion.

Although he hasn’t fought such elite fighters as Ngannou or Lewis, he has defeated a couple of A-listers so far. For instance, in his most recent fight, Aspinall defeated Alexander Volkov, a Russian fighter who used to hold the heavyweight title in M-1 Global and Bellator MMA. Further, in 2021, Aspinall beat former UFC champ, Andrey Arlovski. In both of those fights, the Englishman won by submission.

Tom Aspinall is the betting favorite for a reason. He’s a fighter with huge potential who’s already shown what he’s made of. Although he’s won most of his fights by knockout, the British rising star is an all-around fighter who knows how to force his opponents into submission.

That said, winning by submission seems very plausible in this fight. The thing is that Blaydes is a fighter who’s not easy to knock out, meaning that the easiest way for Aspinall to beat him is to take him to the floor.