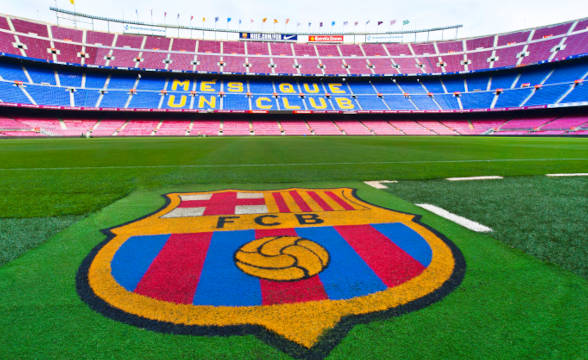 Inter Milan vs Barcelona is probably the most interesting matchup of the UEFA Champions League Round 3. The two soccer powerhouses clash on Tuesday, October 4, at Stadio Giuseppe Meazza in Milan, Italy.

The largest stadium in the country is Inter’s fortress, where this team almost always does great. We say “almost” because I Nerazzurri don’t have a great record against Barca on their turf. In fact, they’re 1-3-1 at home against this opponent, while their all-time record against Barcelona is 1-3-6.

Still, the fact is that most of Barca’s wins happened during the period when Lionel Messi was on the team. The Inter Milan vs Barcelona UCL game on Tuesday is going to be the first match in the post-Messi era.

Inter Milan Have Big Dreams in the UCL

Inter Milan and Barcelona are playing in Group C of the 2022-23 Champions League, together with Bayern Munich and Victoria Plzen. Both teams beat Victoria while losing to Bayern. As a result, they now have three points each and are the main competitors for the #2 spot.

What this practically means is that the team that wins the Inter Milan vs Barcelona game on Tuesday will make one giant leap toward the playoffs. If, however, the game ends in a draw, Barca will be in a (slightly) better position because the two also have to play a match at Camp Nou in Barcelona a week later.

So, can Inter Milan produce a great performance and win three points on Tuesday? Looking at their roster, the answer is that they might. This team has at least two-three amazing players for every position on the pitch.

Barca is All About Lewandowski in 2022

Since moving from Bayern Munich, Robert Lewandowski has been Barcelona’s crucial player. The striker has already scored a hat-trick in the Champions League this season, putting away three goals against Victoria Plzen. He’s also been great in La Liga, leading Barca’s charges toward the opposition goal.

The 34-year-old goalscoring genius is the man who could ruin Inter Milan’s plans, but the trouble is that other Barcelona players might not have enough experience to do well in one such important game.

In Barca’s away game against Bayern Munich, this team had only two outfielders older than 30 in the starting XI. Further, three of Barca’s teenagers featured in that game as well – Pedri, Gavi, and Ansu Fati.

In 2022, Inter Milan looks like a team that could beat Barcelona. This goes especially in the game played on their turf. With 80,000 fans in the stands of Stadio Giuseppe Meazza (most of whom will support the home team), Inter Milan should be able to perform well.