Intema Solutions, a leading Canadian iGaming company, has announced that it has successfully rebranded under the name React Gaming Group. The company will continue all of its esports and betting operations under the RGG symbol.

Rebranding Comes without Any Changes to the Share Capital

The company’s common shares will be trading at the TSX Venture Exchange under the new name and the RGG symbol and as the group state, the process of rebranding came without any changes or consolidation to the share capital.

Laurent Benezra, React Gaming’s chief executive and president, shared a few words on the rebranding. He said that after the company acquired Loot.Bet, it was time to reflect on the activities that React Gaming, then Intema Solutions had in iGaming and esports.

He also added that Loot.Bet’s acquisition has proven to provide the company with substantial revenue and thanks to that fact, React Gaming is now confident that it can expand its betting and online gaming activities across multiple new and promising markets.

Loot.Bet is one of the world’s esports leaders as it has over 500,000 registered users. It focuses on live betting and online gaming and its activities are supported by a professional team of more than 50 employees.

Benezra stated that in the coming weeks, the company will launch marketing initiatives to boost the 500,000-member community of Loot.Bet and thus, attract new users.

React Gaming Has Quite a Few Subsidiaries

Apart from Loot.Bet, React Gaming has four more subsidiaries – Team Bloodhounds, Generationz Gaming Entertainment, Parabellum and HypeX.gg. Benezra stated that programs will be launched on all three platforms as a way to monetize them.

HypeX.gg is an esports social gaming platform that specializes in peer-to-peer gaming. It is the home to numerous tournaments, which are free to enter, and which offer real money prizes. The stats of players are automatically updated as they play.

Finally, Parabellum is a professional esports organization from Toronto, Canada and it competes in CSGO, Super Smash Bros Ultimate, Rainbow 6, Rocket League, and other well-known games. The team runs Northern Shield Academy, which mentors players’ esports careers and has content creators and streamers from North America.

As a leading iGaming company, React Gaming is known for investing in technologies that provide players with the best gaming experience. Thanks to using its intelligent data, the company ensures maximum engagement in the iGaming industry, which is evolving at a rapid rate. 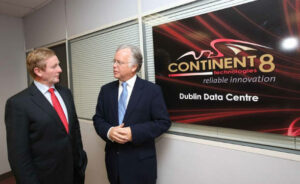 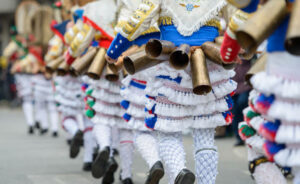